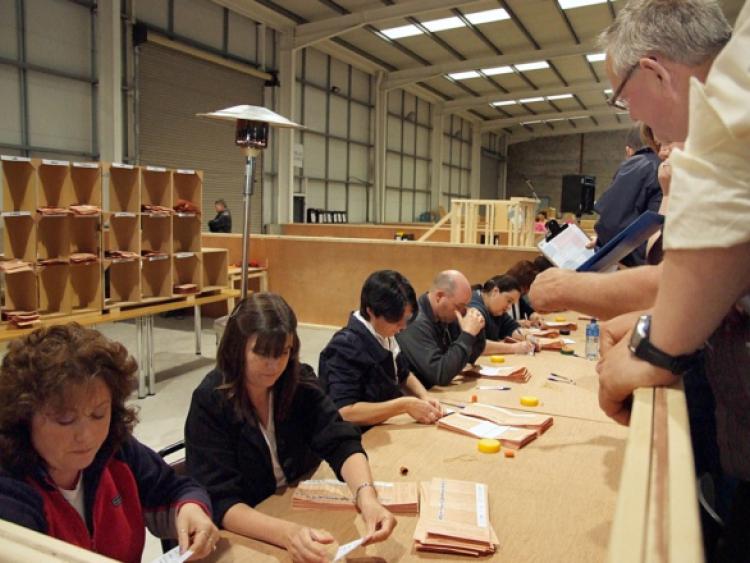 There was shock at last week’s Fianna Fail selection convention as two sitting councillors failed to get nominations for the Mountmellick/Borris in Ossory area.

There was shock at last week’s Fianna Fail selection convention as two sitting councillors failed to get nominations for the Mountmellick/Borris in Ossory area.

Cllr Paddy Bracken and Cllr Brendan Phelan both failed in their attempts to be elected, which Fianna Fail PRO Paschal McEvoy said “came as a big shock”.

Those successful in receiving a nomination were Michael G Phelan from Ballacolla, Ger Phelan from Castletown, Seamus McDonald from Rosenallis, and Joe Digan from Clonalsee.

Over 265 people turned out to vote for the event, which was confined to the old districts of Mountmellick and Borris in Ossory. Two councillors from each area were selected.

The Portlaoise section of the election convention went as planned last Thursday with three sitting councillors from the old Portlaoise district selected.

These were Cllr Catherine Fitzgerald, Cllr Jerry Lodge, and David Ryan who has been involved with Ogra Fianna Fail.

There were two candidates running for the new Portlaoise district which will cover Abbeyleix, Ballinakill, Spink, Ballypickas and Shanahoe. They were Brian Brennan and Cllr John Joe Fennelly, and Cllr Fennelly was successfully nominated.

The third convention took place last night at the Portlaoise Heritage Hotel, and was expected to be hotly contested with six candidates running for four positions. The candidates all stood in the 2009 local elections and include Laurence Phelan, Dick Miller and Cllr Padraig Fleming from the Luggacurren district, and Cllr Ray Cribben, Willie Murphy and Paschal McEvoy from the Emo district.

It is understood that those who voted at the convention had to pay a €10 fee to vote, with one vote per one member. From next year, the number of councillors in Laois will drop from 25 to 19, with six in the Graiguecullen / Portarlington district, six in Borris-in-Ossory/Mountmellick, and seven in Portlaoise.