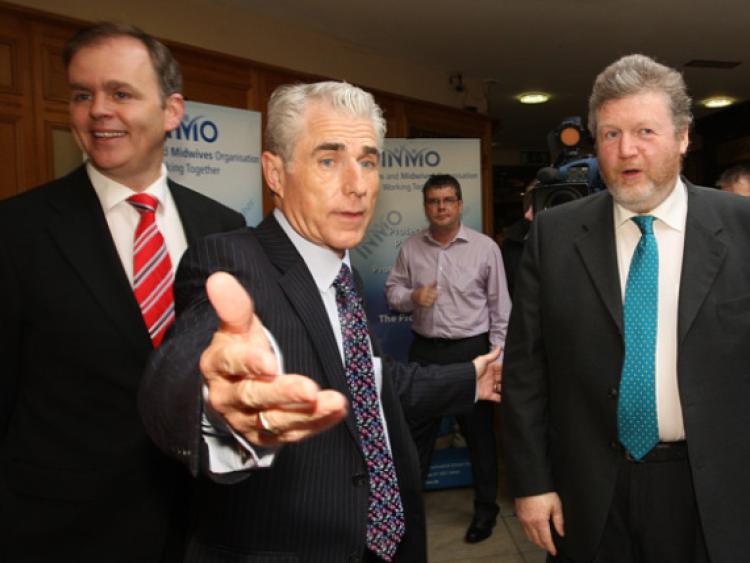 More than 30 midwives are needed at Portlaoise hospital’s maternity unit to bring it up to international standards , according to head of the main nursing trade union.

More than 30 midwives are needed at Portlaoise hospital’s maternity unit to bring it up to international standards , according to head of the main nursing trade union.

The Irish Nurses and Midwives Organisation (INMO) said it “acknowledges” the report on the maternity unit in Portlaoise and welcomed the Minister’s call for HIQA to investigate services at Portlaoise General Hospital. However they questioned why HIQA did not undertake such a review, following this Organisation’s request for same, made, in writing, in August 2013.

In a statement the INMO General Secretary Liam Doran said the unit was the poorest staffed of all 19 maternity hospitals/units across the country. Their survey found that there was a midwife to birth ratio of 1 to 55, while the recommended ratio is one midwife to 29.5 births.

“This staffing deficit means that the midwifery staff, in Portlaoise, are facing workloads which are double that recommended to maintain best and safe midwifery care,” he said.

Recognising, and acknowledging, the “terrible tragedies, and human heartache”, that has arisen he said the INMO has three main proposals.

• Immediate introduction of increased staffing levels so that they reach the Birthrate Plus ratio of one midwife to 29.5 - this requires 33 additional midwives to be employed immediately in Portlaoise.

• That all of the actions, recommended in the report, be speedily implemented and the INMO will fully support, and participate in, all processes leading to implementation.

• Progress on all actions to staff the unit properly and performing at an optimum level, to be reviewed, after six months, and the findings of this review be made public.