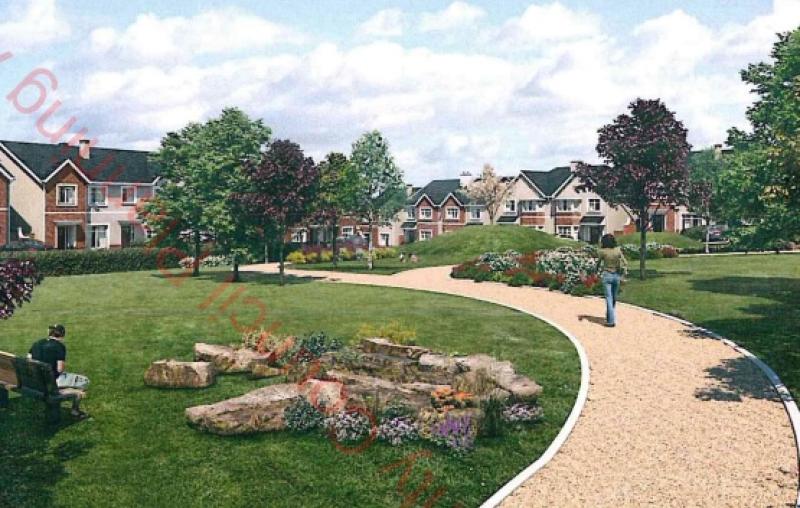 Plans for the development of 99 houses and a creche in Laois have been appealed to An Bord Pleanala.

It comprises of 99 residential units including two, three and four bedroom properties together with  a creche covering a total floor area of 11,066 sq mtrs. The construction of a new distributor road adjoining the existing Rathevan link road at the north west of the site (with potential future link provided to the Portlaoise Northern Orbital Route), internal access roads; pedestrian footpaths; pedestrian crossing points; cycle lanes; along with a future bus corridor route.

A total of 212 car parking spaces and 211 bicycle parking spaces were included in the plans along with a further 13 parking spaces for the creche. The plan includes site landscaping works; electricity substations; boundary treatments; planting; lighting; servicing; signage; surface water attenuation; bin storage and  associated site development above and below ground and ancillary works.

The development had been challenged at county council planning stage and it had attracted 33 submissions. They included a submission from the elected members of Portlaoise Municipal District, who argued against the plans.

Sent in the name of former Cllr Mary Sweeney in August last year, the members claimed there was insufficient infrastructure in place for the development. They further claimed that the site had been identified as a flood plain.

The latest challenge was made by Tony Duncan. Plans for the development are now with An Bord Pleanala with a decision expected in August.