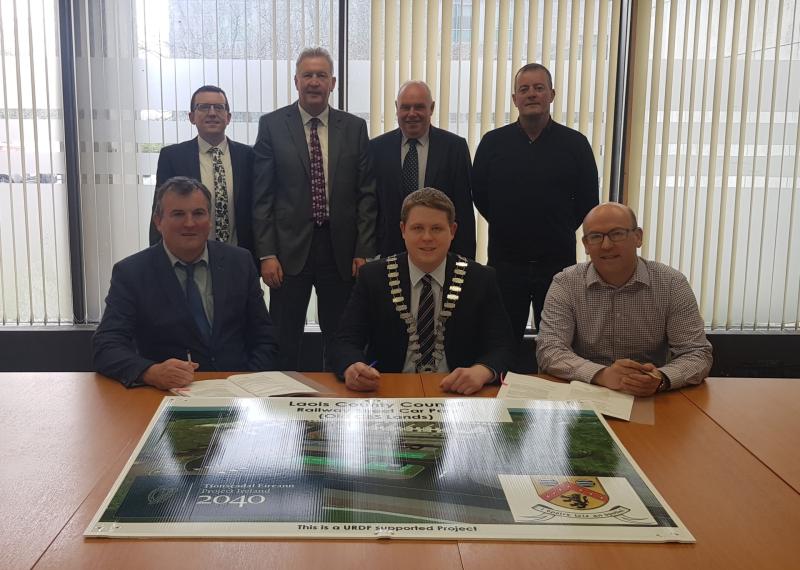 Laois County Council has inked a contract with developers to build a new car park which should relief for train users in Portlaoise.

The local authority met the Ardain Developments Limited on April 12 to officially seal the deal on the plan for a 94 space public carpark at Railway Street, Portlaoise, Co Laois.

The council says the site, which forms part of a targeted area for urban regeneration and development, is located adjacent to Portlaoise Railway Station on the former CBS school lands. It is a short walk through Portlaoise Cultural Quarter into the heart of the town.

A statement said the 94-space car park will include 10 e-charge parking spaces, parking for mobility and visually impaired together with cyclist parking and storage.  MORE BELOW PICTURE. 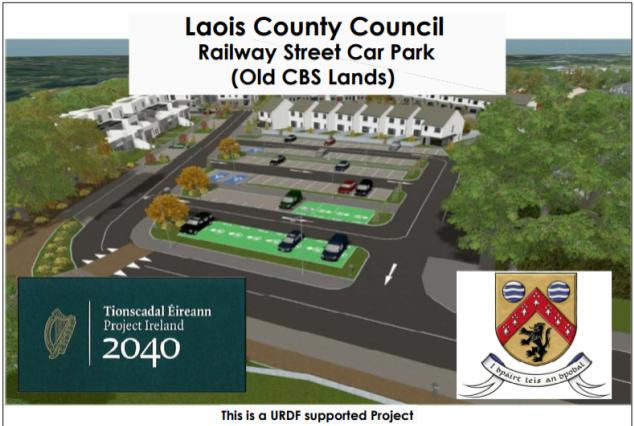 "The opportunity for this contract arises consequent to the Urban Regeneration and Development Fund, which encourages collaboration between public and private parties to enable town centre redevelopment and regeneration. Considered with a parallel contract for the provision of 67 housing units these lands will provide for significant town centre redevelopment complimentary to our Smarter Travel and Housing objectives," he said.

"This partnership with Laois County Council facilitates car parking and smarter travel objectives in and around the town centre of Portlaoise in a way in which would not have occurred in the absence of this contract. Similarly, our residential development will link directly to the Triogue Way ensuring permeability and connectivity in and around the town centre," he said.

"The principal aim of the development is to augment and support existing town centre parking and to provide enhanced parking facilities for all modes of transport adjacent to Portlaoise Railway Station.

Cllr John Joe Fennelly, Cathaoirleach Portlaoise Municipal District, added that the signing of this contract enables development works on this site that have been the subject of multiple Notices of Motion over the years.

"It is heartening to observe those efforts coming to fruition," he said.

The car park development is valued at approximately €1.5m and is funded under Project Ireland 2040, specifically by the Urban Regeneration Development Fund (URDF). The car park will be available for public use by mid-2023.