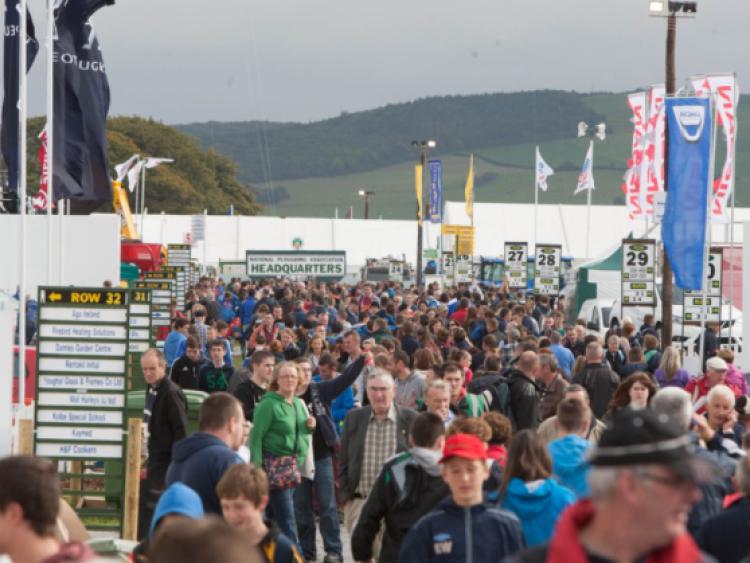 Speaking as the last of the traffic left the carpark on Thursday night, Anna Marie McHugh was thrilled with the massive attendance figure of 279,500, which smashed last year’s figure by 51,500.

“We are delighted with the overall attendance figure this year. The three days ran very smoothly and the feedback from early on, via social media, has been extremely positive. Both on Twitter and Facebook, #Ploughing has been trending all week and thousands have been updating their status or uploading pictures” said Ms McHugh, who is assistant MD of the National Ploughing Association.

“ With the record numbers attending, everyone expected to meet some holdups, but the traffic was kept flowing with only the very minimum of delays” she said.

The busiest day was Wednesday, with 120,000 visitors descending on Ratheniska to enjoy everything from fashion competitions, food demonstrations, the 1,400 trade stands and many ploughing competitions.

Attending on the final day, An Taoiseach Enda Kenny TD congratulated the NPA on another successful year, and paid tribute to MD Anna May McHugh, staff and volunteers.

While the Laois Ploughing Association had no winners in the ploughing competitions, Laois itself came out a winner, praised by many including President Michael D Higgins, who said it is “a county that is easy to access, with a tradition of hospitality”.