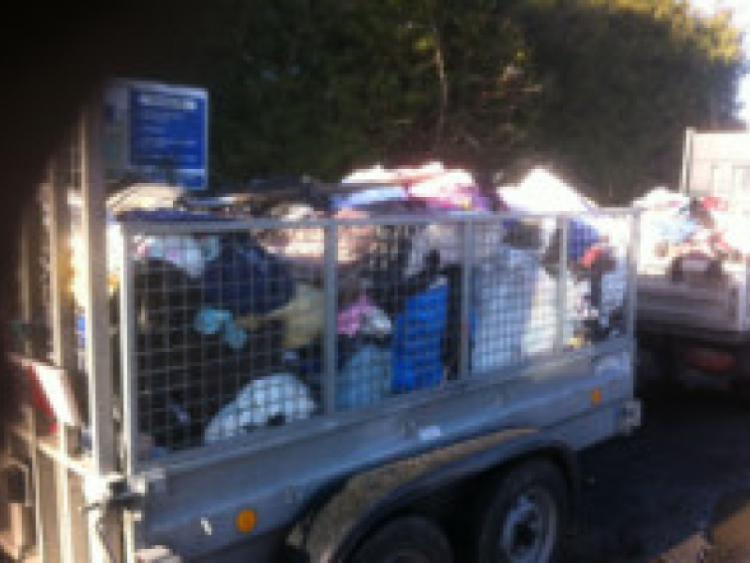 Dummy cameras have been replaced by the real thing at bring banks in Portlaoise, Mountrath and Borris in Ossory to stop illegal dumping.

Dummy cameras have been replaced by the real thing at bring banks in Portlaoise, Mountrath and Borris in Ossory to stop illegal dumping.

Last Friday, December 4, Laois County Council staff filled a truck and trailer to the brim with bags of household rubbish left at the recycle centre on the Ballybrophy Road, Borris-in-Ossory.

Cllr James Kelly (Independent) was on site at the clean-up by litter warden John Rogers and council staff.

“I was shocked, it was disgraceful, there were all types of rubbish and clothes. Bring banks are great for recycling but they were being used to dump because they are in open carparks. There were dummy cameras there for years but this is the real deal,” he said.

The bring bank is on the road to the Donaghmore Workhouse.

“If this is the view tourists are getting leaving Borris in Ossory, it’s not great, when we have a big push on for tourism,” he said.

Cllr Kelly says dumping is widespread too at Derrybeg Bog in Trumera.

“People in these areas are suffering as a result of this disgraceful dumping and are been forced to clean up other peoples rubbish. The cameras will be a big help in catching the offenders,” he said.

“Litter is also a persistent and widespread problem in Laois and not only on the streets of our towns on early Saturday or Sunday mornings but also in our bogs and forests,” he said.

Leaving or throwing litter in a public place is an offence, subject to an on-the-spot fine of €150 or a maximum fine of €3,000 in court.

County hall warnedpeople not to leave their recyclables on the ground beside full bring banks over the Christmas period.

“If banks are full, bring your items home and come back, there will be extra collections around Christmas time,” said a spokesperson.