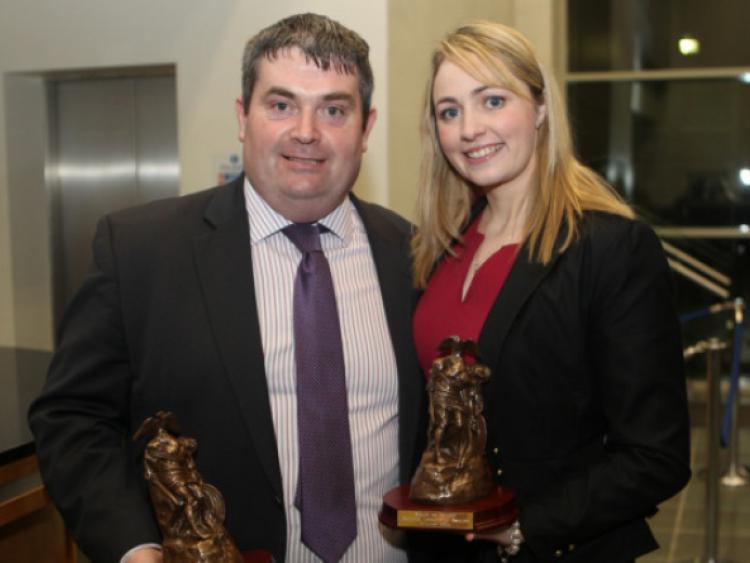 Along with one other winner from a Limerick club, the two were awarded Macra na Feirme National Leadership Awards last February 10, at a reception in the Irish Farm Centre in Dublin.

It is rare that more than one award goes to a single club.

“It is a huge honour. It is one of the most esteemed awards to get,” she said.

A primary school teacher from Rosenallis, she joined Mountmellick Macra in 2008 and has since taken on many roles at committee, county and national level.

A member of the National Executive, she led the Macra delegation to the Rural Youth Europe Rally in Wales. She captained the current Kerrygold Club Question Time Quiz winners and was International Miss Macra in 2013.

In her community in Rosenallis, she is active on many committees, also finding time to volunteer with Midlands Simon Community.

Her leadership award will take her to Europe to represent Macra this year, but Gemma is sure she will find the spare time.

“If you want something done, ask a busy person,” she said, while not ruling out a move to politics in the future.

“You never know. Macra develops leaders in organisations, many go on to contribute to Irish society, in politics and farming,” she said.

Her sister Breda and parents were at the awards, while Gemma was delighted that former Macra president Hugh Ryan from Portlaoise also came.

“He was so thrilled for the two of us. He is a very proud Laois man,” she said.

Mixed tillage farmer Kieran McEvoy is a club member for 23 years, holding many committee roles. As chairperson he oversaw the redevelopment of the hall, now a busy venue for both Macra and community events. He won many Macra competitions, from comedy to debating.

Kieran served many roles at county level, and was chairperson of the national Ag Affairs committee. He led Macra in rejoining CEJA and was on the committee that brought the international CEJA Conference to Ireland in 2013. He has lobbied the Government on Macra policies including the introduction of a young farmer top up.

In his community he is chair of Portarlington IFA and a member of Emo Vintage Committee.