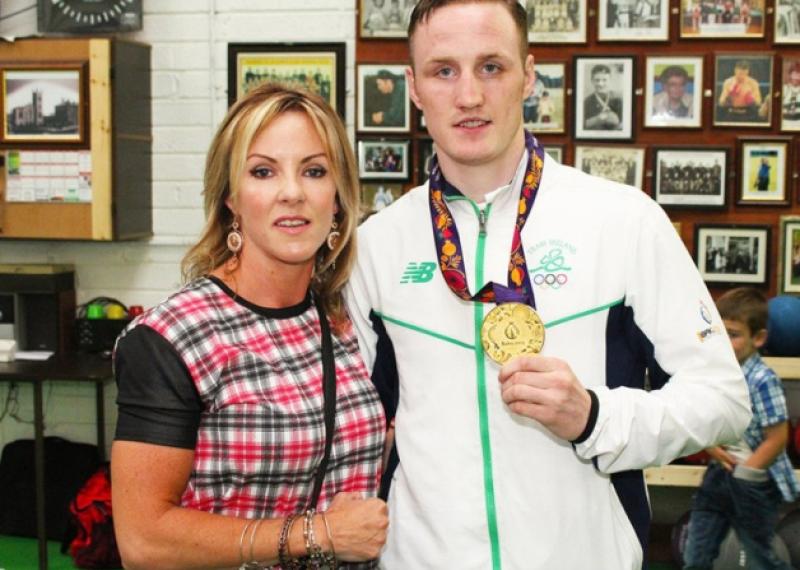 The council are looking forward to welcoming Portlaoise’s new European Boxing Champion to the chamber in recognise of his gold medal at the 2015 European Games in Baku recently.

The council are looking forward to welcoming Portlaoise’s new European Boxing Champion to the chamber in recognise of his gold medal at the 2015 European Games in Baku recently.

Michael O’Reilly won the gold medal in the middleweight division on Saturday, June 27. The gold was O’Reilly’s fourth European medal having won a schoolboy gold in 2007, a silver in 2011 and another silver in 2014. Michael’s next target is the World Championships in Qatar in October.

The Champion boxer returned from Baku to a massive welcome home from family and friends in Portlaoise Boxing Club last Monday night, followed by celebrations in De Brun’s pub.

“It’s a great achievement,” he said.

He paid tribute to the former county manager, Peter Carey, who he said helped the club out.

“Peter Carey negotiated with the club and they were able to purchase their premises, we’re beginning to see the fruits of that now.

“It’s fantastic to see it and I look forward to the Civic Reception we will have for Michael.”

While, Cllr Ben Brennan said boxing was one of the toughest sports.

“You have to slog day and night, it’s one of the toughest sports out there.”

Cllr Caroline Dwane-Stanley said she knew Michael and his parents.

“It takes huge commitment and dedication to get this far. I remember Michael giving a demonstration at the opening of the boxing club and I said I wouldn’t like to be on the receiving end of his fist that night,” she said.

Cllr Noel Tuohy paid tribute to all those who had contributed to the boxing club.