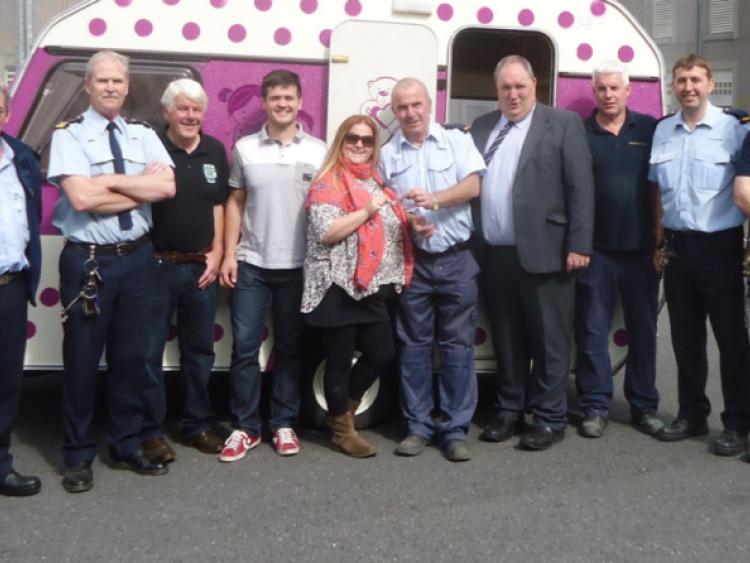 A novel collaboration at the Midlands Prison, Portlaoise to renovate a caravan which is set to benefit children treated at Temple Street Children’s Hospital in Dublin.

A novel collaboration at the Midlands Prison, Portlaoise to renovate a caravan which is set to benefit children treated at Temple Street Children’s Hospital in Dublin.

The Caravan, which featured at the Electric Picnic, will now be one the attractions at the Ploughing Championships next week.

“We were really thrilled when the Midlands Prison partnered with us on our Caravan project. We had a caravan donated to us, which was probably worth about€50 for scrap. I wanted to make something visual out of it that we could take around the country and visit people like a roadshow.”

Angi continues: “I approached the Governor and he took the project on. It was a hugely emotive and emotional project for both the prisoners and the prison officers, some of them would have had children who were patients in the hospital. They really took it on with a heart and a half.”

The inmates and the prison staff completely renovated the interior and exterior of the caravan, put in a new floor and also made some props to go along with it.

“She came out looking like a new caravan. They didn’t want her to leave. It was great.

The caravan, which had its maiden outing at Electric Picnic earlier this month, will be making the short trip to Ratheniska for next week’s ploughing championship and they will also include two kissing Booths and a traditional Ring Toss game.

“Instead of being in a tent, we now have our own bay so we can bring the caravan in and engage more with people. It was a great success at Electric Picnic.

Angi thanked the Governor of the prison for his work, on behalf of the patients of Temple Street.

“On behalf of our patients, I would like to sincerely thank Governor Martin Mullen for taking on the project, and especially all the staff and prisoners in the workshops at the Midlands Prison for putting their hearts and souls into creating our Temple Street Caravan. The hospital relies on the generous goodwill, talents and support of communities and organisations to aid them as they endeavour to purchase vital lifesaving equipment for the hospital.”