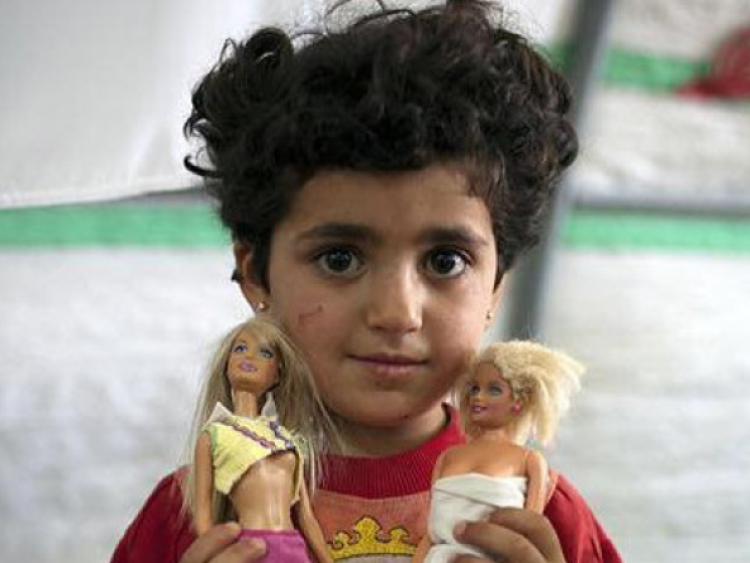 Volunteer Bernie Kirwan formed the group Laois 2 Calais last week, to gather items to send to refugees to the French port via Cork.

“We had a very good response by the end of Saturday. Portlaoise had a terrific response, we were delighted. Obviously the message is getting out there,” she said.

Such is the Irish response that the Calais shipment is now full. Laois donations will instead go via Shannon to refugee camps across Europe.

“Some camps are appalling. Scabies is a big problem, so their bedding and clothes need to be destroyed and replaced. Winter is coming and there is already flooding in some camps,” Ms Kirwan said.

Collection points this week are beside SuperValu in the Parkside Shopping Centre, Portlaoise, 8am to 4pm, and in the MDA Mountmellick, 10 to 11am and 4.30 to 5.30pm.

The Laois Toys to Syrian Children in Ireland group held their first collection in Portlaoise last weekend, to a great response from local families.

“Yesterday was amazing. Kind, generous people came in with bags and boxes of toys. What was even more special was the kids came and handed them over, big smiles on their faces. Acts of kindness like this makes me think the future will be ok,” a facebook post reads.

The group is seeking toys and bikes in good condition, for Syrian refugee children who will arrive to the former Hazel Hotel in Monasterevin.

A collection takes place next Saturday, September 19 beside The Blue Door on Main St Portlaoise, in a vacant premises made available by O’Loughlin’s Hotel.

Principal of St Paul’s NS in Portlaoise Des Sutten spoke on Claire Byrne Live last week, noting that Portlaoise people have been very welcoming to people from many nations, not just now with the Syrian crisis.

An estimated 4 million people have fled war in Syria, termed by Laois Senator John Whelan as “the worst humanitarian disaster in Europe since WWII”. “We will never as a nation forgive ourselves if we turn our backs on these desperate refugees fleeing certain death, and tell them that there is no room at the inn,” he said.

“There has been a lot of interest, we are in discussion with some people now about the possibility of using the houses. But it is way to early to say whether it will work or not. I would be hopeful, I think it is a sensible idea.” he said.

Minister for Foreign Affairs Charlie Flanagan said “Laois will play its part”, with 60 Syrian refugees already in Portlaoise. “Resettling is just one part of this horrific encounter, we must tackle the root causes of why people are fleeing, and give humanitarian aid through our agencies,” he said.