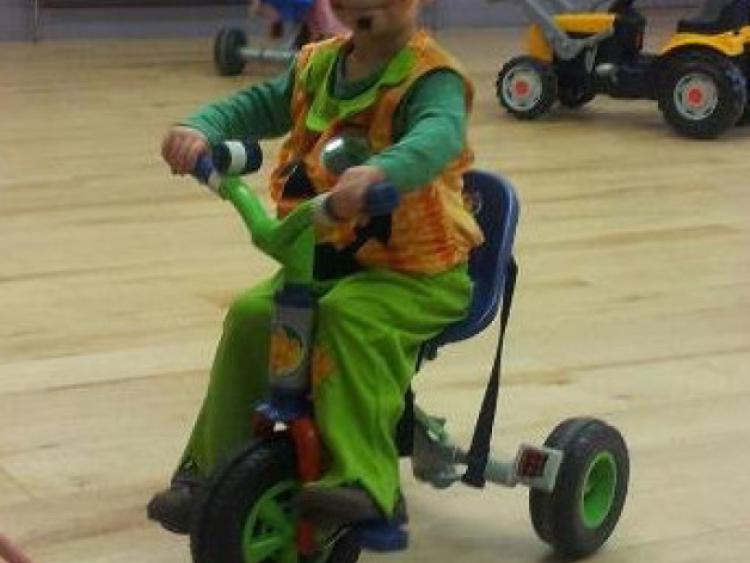 Portarlington Parent and Toddler group have been forced to close during school holidays to ensure that they will have enough funding to keep going.

Portarlington Parent and Toddler group have been forced to close during school holidays to ensure that they will have enough funding to keep going.

The future of the group, which has been running for the last 10 years, was in jeopardy last week, as the group’s organisers learned they had not been successful in their application to the HSE for a lottery grant.

“During the good times we would have received €1,200 a year from the HSE, then this was reduced to €900. This is the second year that we have received nothing,” explained Sandra Gavin.

The group have only enough money to cover the rent in the Community Centre for the next eight months.

“We have €600 left in our account now. We have decided that if we cut out holidays, this will cut down our costs and we will have enough money for the rest of the year. The Community Centre have also allowed us to pay monthly, so this makes things easier.”

Sandra said over the years the group has had many different homes, but this is the most suitable.

“We have tried everywhere from coffee shops to the GAA centre, but this is the most suitable place. They have discounted us on the rent, but they can’t give it to us for free otherwise everyone will be looking for rooms for free.”

Sandra and Karen Purcell who also helps run the group, held a public meeting in Portarlington last week to generate more support for the group.

“The meeting went quite well, we have more people to help out because myself and Karen can not do it all on our own. We have also a few fundraising ideas including a cake sale, and Nora Gannon has offered to donate the proceeds from the Crazy Dance group’s halloween party. We also hope to have a supermarket collection at some stage.”

“We also have a new chairperson and secretary, so it was good to get some new people involved as we can’t keep going forever.”

Neither Sandra nor Karen want to to increase the price of the group.

“At the moment, we collect €2.50 per family, we really don’t want to increase this. As it is there are weeks that people wouldn’t even have this. This covers a tea or coffee for the parents and a snack for the kids.”

Sandra continues: “People say they want to keep it going and Portarlington is big enough. It’s a great way to meet new people, especially if you are new to town.”

Sandra, who is originally from Germany said she has made some great friends through the group.

“My eldest son is 9 now and I first started going when he was five months old. It’s good for the kids, for that stage before playschool to get them used to other children and it’s a great network for the parents.”