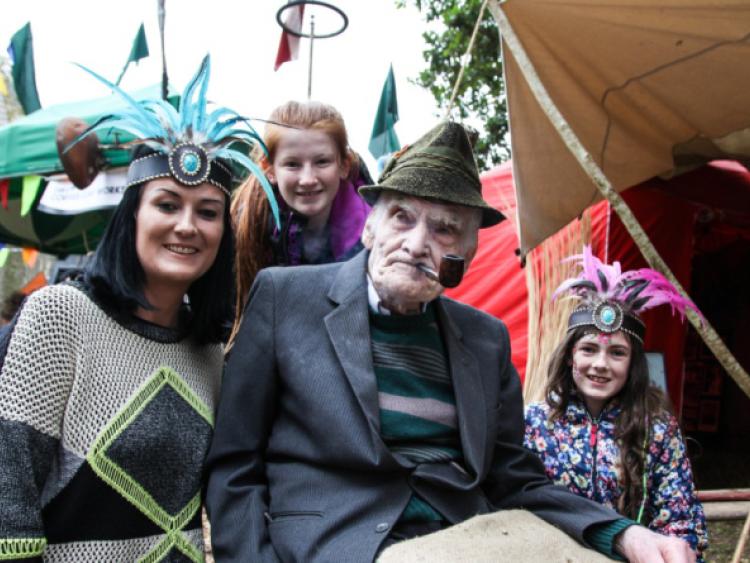 Vicarstown native, Bill Delaney became an unlikely celebrity at last week’s Electric Picnic as he checked out the Greencraft Village.

Vicarstown native, Bill Delaney became an unlikely celebrity at last week’s Electric Picnic as he checked out the Greencraft Village.

The 94 year old basket weaver, quickly became popular with the crafts people and picnic revellers, as he weaved a basket while he smoked his pipe.

Bill was accompanied to the picnic by his next door neighbour Magaret Scully and his former art teacher from Abbeyleix nursing unit, Annie Holland.

Margaret explains: “I go to the picnic every year and I’ve always said I wanted to bring Bill, I knew he would love the crafts area. As Bill was in the nursing home in Stradbally, I said this was the year.

“He goes to the steam rally every year, I think he’s only ever missed one and he loves all sorts of crafts. He is a brilliant basket maker - everyone here has a basket for their potatoes or turf that Bill made.”

Bill quickly became one of the most popular attractions at the picnic.

“We were blown away by the experience. It was like walking around with a member of the Royal Family. He was treated so well.

“Martin from the Basket Weavers of Ireland gave Bill a bunch of Sally’s and he started making a basket while he was there and he can finish it in the nursing home.”

Magaret continues: “He was treated like a super star celebrity, people were so kind and I’m sure Bill really enjoyed it. He is officially a legend now.”

“We met Catherine Delaney from Timahoe, who works in the nursing home, at the picnic and she was so delighted to see him at the picnic.”

Margaret added: “It was such a great experience for myself and Annie too.