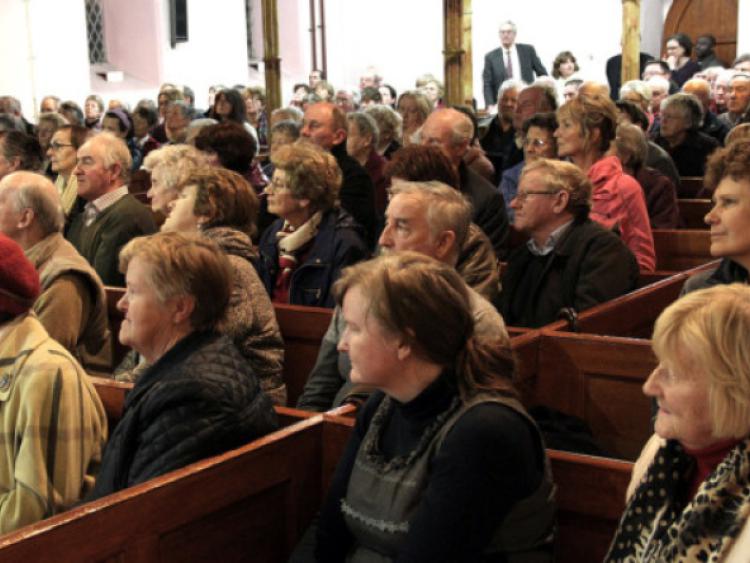 A direct descendent of one of Portarlington’s Hugenot ancestors says Laois County Council have neglected the town’s French tourism potential.

A direct descendent of one of Portarlington’s Hugenot ancestors says Laois County Council have neglected the town’s French tourism potential.

Winifred Champ-Cox, whose roots trace back to a French soldier who retired to Portarlington in the late 1600’s, says the council “could take more of an interest and try to preserve Port’s Hugenot history”.

She sees great potential in the preserved registers from the historic Protestant French Church in the town, which date back to 1694. The books meticulously written in French, even note the time of a child’s birth when baptised, as well as the original French address of parents.

“These could be opened and kept in a proper display room in Emo Court, A historical trail into Port could be developed, that would bring tourism and revenue, it has definitely been neglected,” she said, adding that she recently informed county manager Peter Carey that his own surname was of Hugenot origin.

Ms Champ-Cox is on the French Church refurbishment committee, who are trying to raise €90,000 for renovations to the historical building. Last Wednesday April 17, Trevor Sargent, former leader of the Green Party, visited to give a public talk on ‘The Kitchen Garden’, adding nearly €2,000 to the kitty, currently standing at €32,000.

The committee will hold another parish sale next month, while direct donations are welcomed.

“If someone want to buy a radiator they can, it all adds up,” said Ms Champ-Cox, who is also a member of Laois Heritage Society and Laois VEC.

Laois County Council’s heritage officer Catherine Casey has welcomed the suggestion, but says community involvement would be essential, because their funds have been slashed.

“I think those proposals sound very worthwhile, and Laois County Council is very aware of the importance of Portarlington heritage in terms of both tourism and its importance to residents. While this is not an idea that has been formally put to us, we would be happy to work with a community group such as the PCDA on it,” she said.

Ms Casey says a government decision to remove funding forced them to cancel the community grant scheme for local museums, heritage trails and workshops this year.

“I would ask people to call on their public representatives to reinstate national schemes, if people aren’t complaining, they will have no incentive,” she said.

The French Church was originally a loom house, converted to a church for the many retiring French military and their families who settled there in the late 1600’s. Well preserved with original features such as boxed pews, it is home to Church of Ireland parishioners since 1887. Recently the picturesque church got a new gas heating system, and was rewired.

“Wh had electric heating, but it wasn’t very successful, it was expensive and the building was exceptionally damp. The church is in very good condition but it needs repainting,” Ms Champ-Cox said.