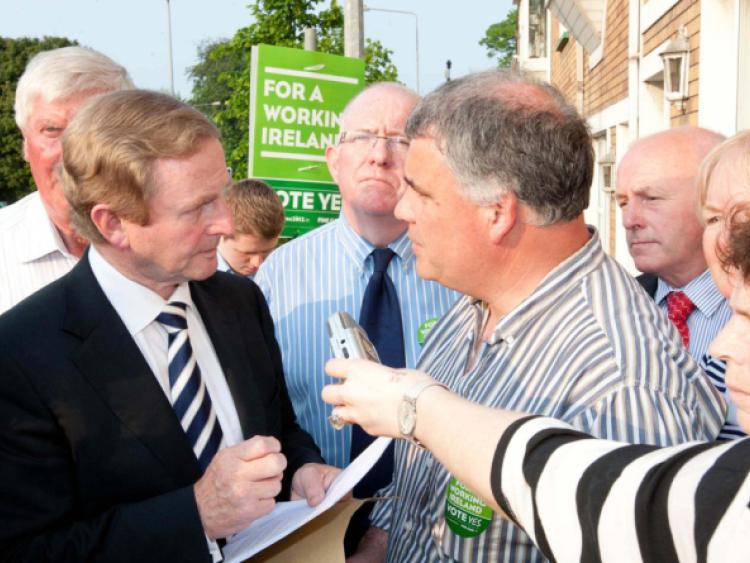 Fine Gael TD Charlie Flanagan has done his bit for Laois tourism with the holding of his party’s autumn gathering Killenard.

Fine Gael TD Charlie Flanagan has done his bit for Laois tourism with the holding of his party’s autumn gathering Killenard.

Flanagan has announced that the parliamentary party’s annual meeting will take place in The Heritage Hotel, Killenard on September 16 & 17. The meeting will be attended the Taoiseach Enda Kenny and FG ministers.

“Personally speaking I am honoured that my own county and indeed my own constituency was chosen to host our annual meeting. September 2013 must go down as one of the most successful periods for Laois in terms of exposure what with the Electric Picnic and the Ploughing Championships and the inaugural James Fintan Lalor School.

“I intend to highlight the best of what is on offer in the county to my colleagues during their short stay,” he said.

Dep Flanagan said the event allows our Minister, TD’s and Senators an opportunity to regroup after the summer and prioritise.

“The central focus of our “gathering” will be on jobs and the economy. The country has made steady progress since FG and Labour took office. We are at the half way point and this meeting will provide the party with a good opportunity to reflect on our two and half years in Government,” he said.

Dep Flanagan said the Budget would top the bill.