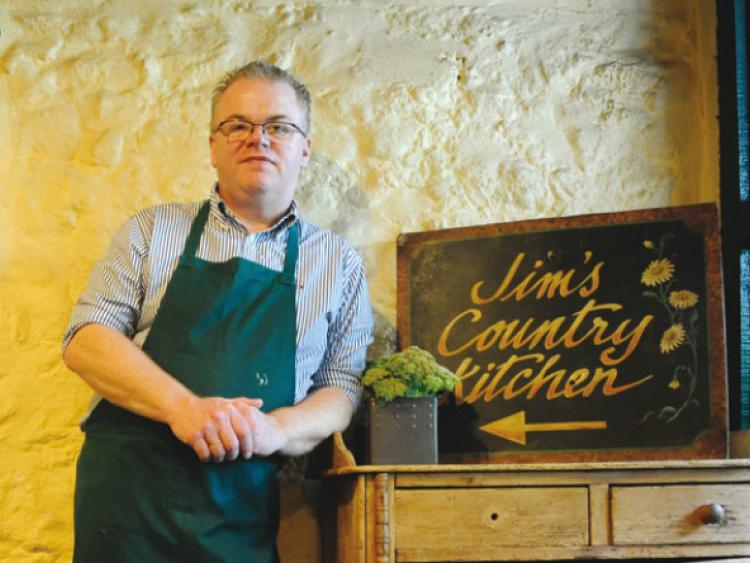 Tributes have been paid to Jim Tynan, who died this week.

Tributes have been paid to Jim Tynan, who died this week.

The award winning chef ran one of the landmark eateries in the country at The Kitchen and Foodhall in Portlaoise for 30 years.

He leaves behind a rich legacy in relation to food and culinary excellence.

The author of two well received cookbooks, he was Leinster Express Person of the Year in 2007 and wrote a weekly food column for this paper.

In an interview with the Express in the run up to the publication of his second book, Jim outlined how his interest in food began when he was a child, and he was influenced by the cooking skills of his mother and grandmother.

After leaving school, he trained at Rockwell Hotel and Catering school, and worked in the world famous Claridges Hotel in London, before opening his first premises in 1982.

For years, The Kitchen and Foodhall was the most popular restaurants in the region. It built up an unparalled reputation for excellent food and its ambient atmosphere during those years. For many it was the beating heart of the town, and oasis to retreat to.

Speaking about his first cook book Jim said: “I have felt really privileged to have become a part of daily cooking in so many homes. I’ve loved people telling me that they’ve cooked things from the book and hearing their opinions about this. The one thing that pleased me the most about ‘Jim’s Kitchen’ was that people said they felt very comfortable using it. They found the recipes easy and accessible. This was great to hear as some of the recipes may become classics in other people’s kitchens.”

Food critic and author of the Bridgestone Guide, John McKenna launched Jim’s second cook book and noted that: “The key to Jim Tynan’s success is simplicity. He encompasses my Four Ps definition of artisan food - person, place, product and passion. He is an adherent of all of these and more.”

Jim passed away on Tuesday, September 10 at Beaumont Hospital in Dublin. He is survived by his wife Sarah, and family Kathy, Craig and Chloe, sisters and extended family and friends.

Reposing at his home on Thursday evening, September 12, from 8pm with Rosary at 9pm. Rosary on Friday evening at 9pm also. Removal to St. Edmund’s Church Castletown on Saturday for Funeral Mass at 2pm, followed by interment in St Fintan’s Cemetery Mountrath.

Family flowers only, donations in lieu of flowers to the Denis Burkett Unit at St James Hospital Dublin.