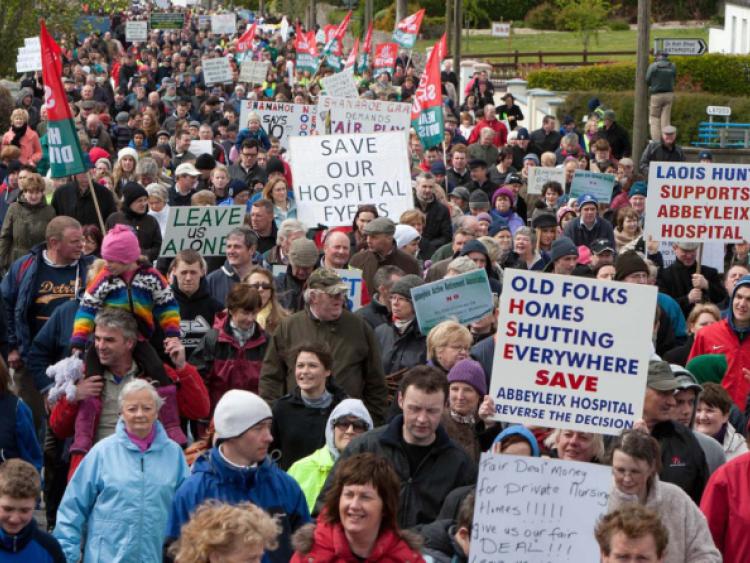 There are just 16 patients left in Abbeyleix Hospital, almost less than half the amount of patients there when the closure was first announced.

There are just 16 patients left in Abbeyleix Hospital, almost less than half the amount of patients there when the closure was first announced.

Speaking in the Seanad recently, Labour Senator John Whelan has said it is high time and long overdue for the Department of Health and the HSE to commit to the future of Abbeyleix and Shaen Community Nursing Homes.

He said it was an “absurd situation” that just 16 patients remained in Abbeyleix, which had the capacity to cater for up to 50 patients.

“It’s time that the HSE and the Department committed, in a real way, to community nursing homes,” he said.

Senator Whelan said that last April, he had been assured that a decision would be made “shortly”, but he now feared the words “shortly” and “soon”.

“I thought in April we would have a decision before the recess in July. It’s high time the HSE and Department of Health drew a line under Abbeyleix and Shaen and once and for all signalled their commitment to both nursing homes.

“Both the community and the public, their patients are wearing thin,” he said.

Environment Minister, Phil Hogan replied to Senator Whelan on behalf of the Minister for Health.

He said the Department would finalise a submission for the Minister - once the HSE had resolved any outstanding issues.

But Minister Hogan said the process was expected to conclude “very shortly”.

“I suspect that a decision is being made in the context of the HSE service plan which will be published in draft form in the next few weeks and for implementation in January 2014.”

Deputy Hogan said he said he was aware of the level of concern himself, as a native of North Kilkenny. He said he would pass on Senator Whelan’s strong feelings to Minister Reilly.