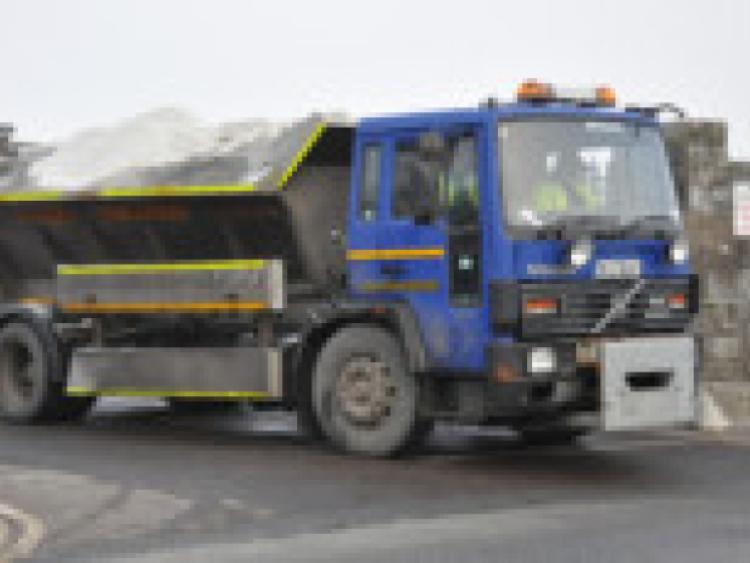 No extra Laois roads will be gritted this winter despite the fact that Laois County Council no longer has to keep the motorways safe and clear.

No extra Laois roads will be gritted this winter despite the fact that Laois County Council no longer has to keep the motorways safe and clear.

Last night gritting machines were out on the roads for the first icy spell of the winter, but they will complete the same rota as previous years, leaving spare staff on standby.

Executive engineer Raymond James explained that the gritting budget has been cut with fewer roads to cover.

“We are following the same route. Because we are no longer responsible for the motorways, our funding was reduced accordingly,” he said.

He says the smaller workload means they will keep two relief drivers on standby, with six more driving the gritters.

“Eight drivers will work a night, after working hours, on a rota,” he said.

The council will have six trucks covering the roads for the county.

Top priority up to now were the M7 and M8 motorways, however the contracts for these are now being handled by private companies such as Egis Lagan.

Priority roads for the council are the N80 from Offaly to Carlow, the N78 from Killyganard to Crettyard, the N77 from the Togher motorway junction to the Kilkenny border past Durrow, and the busier regional roads.

Gritters will also be working in Portlaoise and Mountmellick.

The council have 700 tonnes of salt in their stores.

“We use about 40 tonnes in any one night. We will keep our stores replenished as the need arises, from the National Roads Authority’s stockpile at the port,” Mr James explained.

As yet there will not be salt or grit provided for farmers to collect and spread.

“There will be if there is a very cold spell, we will leave them at different depots around the county,” he said.

Quieter regional roads and local roads will not be gritted.

Mr James advises all drivers to be cautious.

“Take care, even when a road is salted, it can still ice over, or water could be running across a section of it. Drive carefully in a lower gear, and don’t brake suddenly,” he said.

Last winter, councillors complained about icy untreated roads, particularly those around the Slieve Blooms, and leading to Castlecuffe NS.