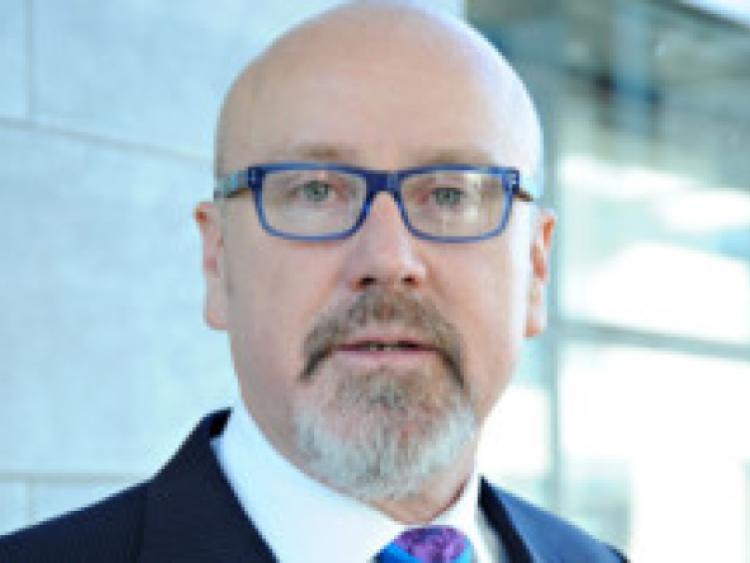 Senator John Whelan says he has “irrefutable, empirical and documented evidence that a waste oil recycling plant in Portlaoise is pumping potentially hazardous and harmful emissions into the atmosphere.”

Senator John Whelan says he has “irrefutable, empirical and documented evidence that a waste oil recycling plant in Portlaoise is pumping potentially hazardous and harmful emissions into the atmosphere.”

Speaking under Oireachtas privilege in the Seanad, Senator Whelan raised his concerns over what he claims are “harmful and hazardous emissions’ from the ENVA waste oil recycling plant at Clonminam, Portlaoise in a question to the Minister for the Environment.

Senator Whelan accused the Environmental Protection Agency of “colluding with the company in what is a cover up of emmitting in what are, in some instances, carcinogen emissions into the atmosphere and the waste water in the vicinity.”

“I’m calling on the Minister for the Environment to immediately call to task the Environmental Protection Agency over my concerns over their light touch and lax oversight, and light touch regulation in relation to the long running and ongoing unlicenced and unregulated and potentially harmful and hazardous open vent emissions from the Enva waste oil recycling plant in Portlaoise, despite a litany of public complaints dating back over 15 years.

“I’ve satisfied myself that I have irrefutable, irrevocable and empirical evidence, documented evidence and scientifically established evidence, that this plant which processes 20,000 tonnes of waste oil each year, is pumping hazardous and harmful emissions into the atmosphere in direct and total breach of its licence and regulations.

“I’m absolutely certain the Environmental Protection Agency are privy to this, are aware of this and, in fact, are colluding with the company in what is a cover up of emitting in what are in some instances carcinogen emmissions into the atmosphere and the waste water in the vicinity.

“The people in the area and community of Portlaoise and the residents and the workers who work nearby in other plants are, in my opinion, being unnecessarily exposed to hazardous emissions. They should not be, because if we have a watchdog we should be able to rely on the watchdog.

“What is the point of having a watchdog if it dosen’t bark, much less bite.

“I believe it is the coroporate culture of the EPA, in fact, to work hand in hand with corporate elements and industry rather than putting the public health and public interest first and foremost.

“There is a litany of documentation which shows and proves a series of non compliance. The people who have come forward have been fobbed off, categorised as cranks and a blind eye has been turned to what is going on. This is an Erin Brockovich type of scenario, where people are living in fear, living in silence, they are afraid and they do not know what to do.

“In some instances I have documented proof that the harfmul and hazardous emissions, some of them carcinogens, from the ENVA plant in Portlaoise measure up to 32 times, and in some instances up to a 1,000 times, the accepted levels as set down by the EPA themselves.

“This is a matter which was brought to my attention over the last two months. I have gone to every round to verify the information and stand it up.

“I have a litany of paperwork and documentation - letters from the Irish Rail management of the sleeper plant in Portlaoise where they wrote on behalf of the workers to ENVA and the EPA imploring them to do something, because the workers were repeatedly complaining of nausea and headaches.

“I only hope that this is the full extent of the problem created by these harmful emissions because we have a situation where benzenes are being pumped into the sky within 100 metres of homes where people are living, elderly people and young children - open vent emmissions which should be brought to a halt immediately.

“I am looking for ENVA to clean up its act and for the EPA to do its job,” Senator Whelan stated.

Minister of State, Kathleen Lynch on behalf of Environment Minister, Phil Hogan said that the Government was precluded from control of the peformance of the EPA.