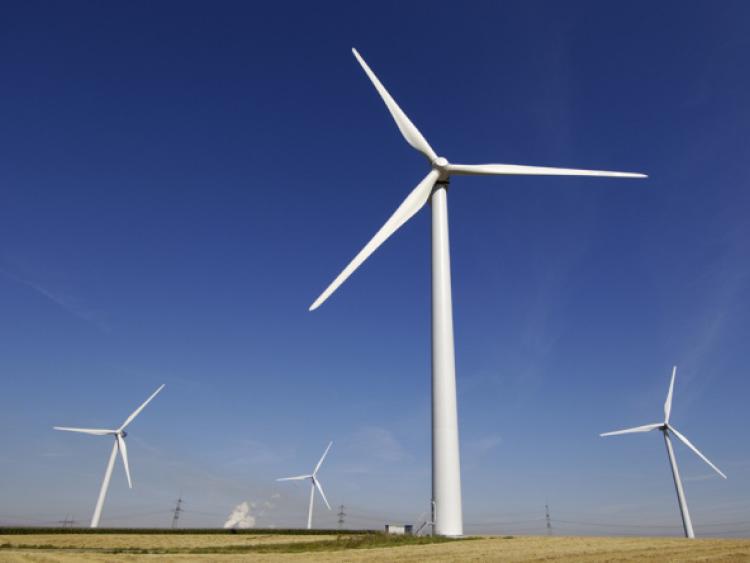 Laois County Council are to arrange a visit by their 25 county councillors to an industrial wind farm in Tipperary, requested by Cllr Willie Aird.

Laois County Council are to arrange a visit by their 25 county councillors to an industrial wind farm in Tipperary, requested by Cllr Willie Aird.

During the council’s January meeting, Cllr Aird told councillors they would be “gobsmacked” to see the turbines close up, while angrily denying Cllr James Deegan’s remark that he was “a recent convert” against wind turbines.

““I had occasion to look at cattle in North Tipperary. I saw the turbines at about 600 yards away, I couldn’t believe what I was seeing. I would ask the manager to educate each and every one of us. You will be gobsmacked,” he said.

He added that the generator nacelle at the hub of the turbine blades was the “size of a double decker bus”.

Cathaoirleach Mary Sweeney noted that some of the councillors would have made it their business to already have visited a windfarm.

Cllr Aird was supported by Cllr Michael Phelan, who said he had changed his mind “completely”.

“I would have supported the farm in Monaincha, but I have changed my mind completely. We were told the bog was the ideal location, but driving by on the M7 from Borris in Ossory to Roscrea, the size, the scale of them, they are taking over the countryside,” he said.

Cllr James Deegan then commented on Cllr Aird being “a recent convert” to the anti-turbine lobby.

This sparked off a row, with Cllr Aird demanding the protection of the Council Cathaoirleach Mary Sweeney from any defamatory remarks.

“You have no manners, no decorum,” retorted Cllr Deegan.

Cllr James Daly offered to arrange a tour of Laois’ only windfarm at Gortahile in South Laois.

“That wouldn’t be like for like. These turbines planned for energy export are 185 metres high, I don’t think there are any that height in existance,” said Cllr Deegan.

“I will organise that,” he said.