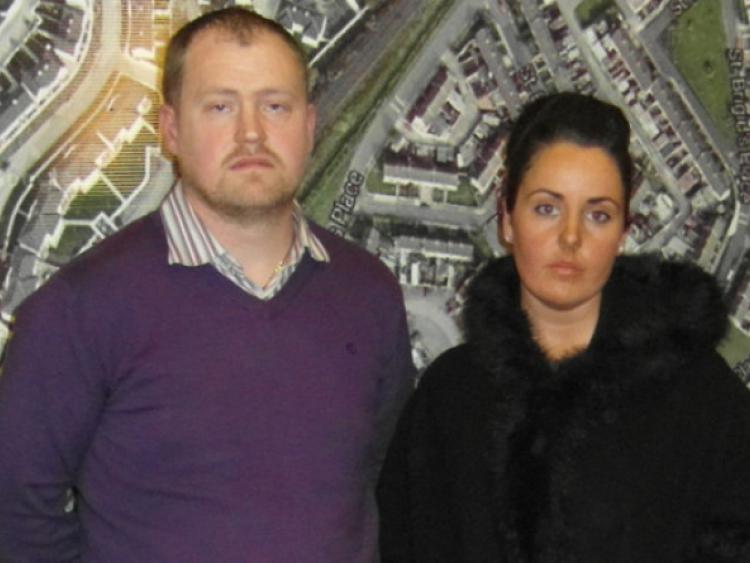 Public demands for a return on their property taxes to improve road safety in estates were voiced at the start of a campaign in Portlaoise last week.

Public demands for a return on their property taxes to improve road safety in estates were voiced at the start of a campaign in Portlaoise last week.

The demand for Laois County Council to deliver ramps, signs and other safety measures to protect children was expressed by many at the public meeting in Portlaoise to support the Greene family who have courageously decided to fight for change following the death of the daughter Maria.

The meeting, which was attended by several politicians, was packed mainly by women and children angry at the absence of road safety in St Brigid’s Place where Maria died.

Many people took the opportunity to demand change so that no other child dies in an incident that could have been prevented if money was spent on road safety.

While one man suggested that people of St Brigid’s should raise their own money for ramps, another woman said people have already paid.

“I think we have paid enough taxes to this Government. I paid three year’s property tax and we should be getting something back”

Another woman agreed asking where money is spent.

“Who decides up in the county council where the money goes? Is it going to be the same in some other estate in a couple of years time when it happens in another estate,” she said.

A man said three children had been killed in 30 years in his estate. Another man demanded action at the Portlaoise Leisure Centre. “Someone is going to get killed across from the main entrance,” he said. Another woman said the council had erected one sign in her estate a week after Maria died but five years since she moved in. However, she said it was located in the middle of the estate. “No ramps, no nothing, just one sign”.

One woman from Rossvale Court in Portlaoise said her estate applied for money to improve road safety four years ago but have been told there is no money.

Another woman spoke emotionally about what Maria had lost said the county council should have known to install safety measures when more roads were being built at St Brigids.

Another man wanted the council and gardaí to meet with residents to discuss safety.