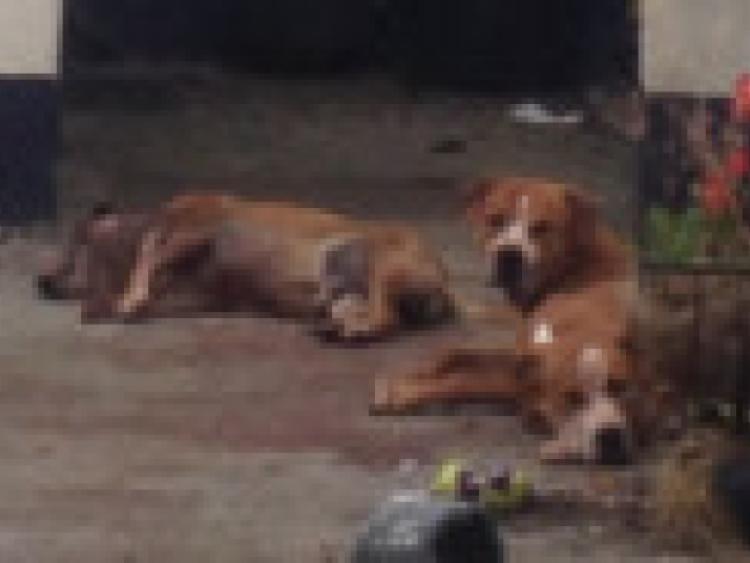 Two pit bulls were found in a garden in Portarlington last week, after viciously killing three other dogs.

Two pit bulls were found in a garden in Portarlington last week, after viciously killing three other dogs.

The attacks happened in three separate houses on the Station Road during the early hours of Monday morning, August 18.

While local people were horrified by the incident they also fear the incident could be an organisedeffort to make their houses a target for theft.

“They were both torn apart, and the two pit bulls were still in the neighbour’s garden, lying next to the terrier.

“They couldn’t move because their legs were wounded so badly from fighting,” he told the Leinster Express.

Mr Sneyd kept the terrier in his neighbour’s garden in an attempt to prevent burglaries.

“A few things were after being robbed, so I put the terrier in their garden to try stop that,” he said.

The small pet dog of an elderly woman was also killed.

The “companion pet” was locked in the shed but the pit bulls got in and killed it.

Cllr Aidan Mullins told the Leinster Express that the attacks were deliberate.

“Somebody let two pit bulls into these gardens in the middle of the night, and they’re not doing it for fun. The town is wide open after dark, and these lads are in and out robbing without any fear,” he said.

Gardaí from Portarlington and the dog warden came on Monday to seize the dogs.

Mr Sneyd said that it was too much of a coincidence with the amount of robberies taking place in the area.

“The gardaí said it was probably someone out walking the dogs, and they got off the leash, but it’s too much of a coincidence. There were two other houses robbed the night before and the night after this happened. The neighbours found pieces of torn clothing and footmarks on the wall which looked like somebody was trying to escape,” he said.

Cllr Mullins said that an increased garda pressence was essential.

“Crime is on the increase in Port, and a lot of it is down to the growing drugs problem.

“There is a shortage of gardaí and garda resources in the town,” he said.