Laois public invited to have their say on new 3,500 km National Cycle Network 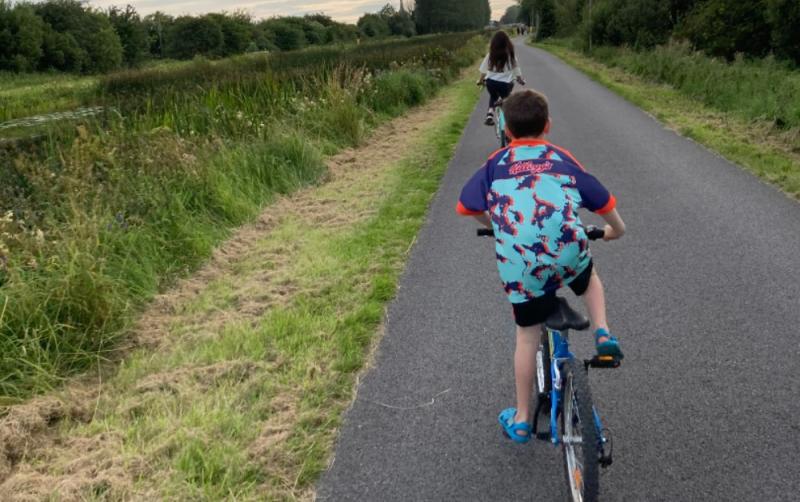 The public is being asked to have its say on a planned new National Cycling Network covering 3,500 kilometres across Ireland.

Last year, the Minister for Transport Eamon Ryan requested TII to lead the development of a new NCN for Ireland.

Since Autumn 2021, TII has worked with a range of partners, including the Department of Transport, to develop a draft NCN for public consultation. It is anticipated that the final plan, which will take into account public feedback and ideas, will go for Ministerial approval by September this year, in line with the Climate Action Plan. Thereafter, the NCN will move quickly into implementation phase. 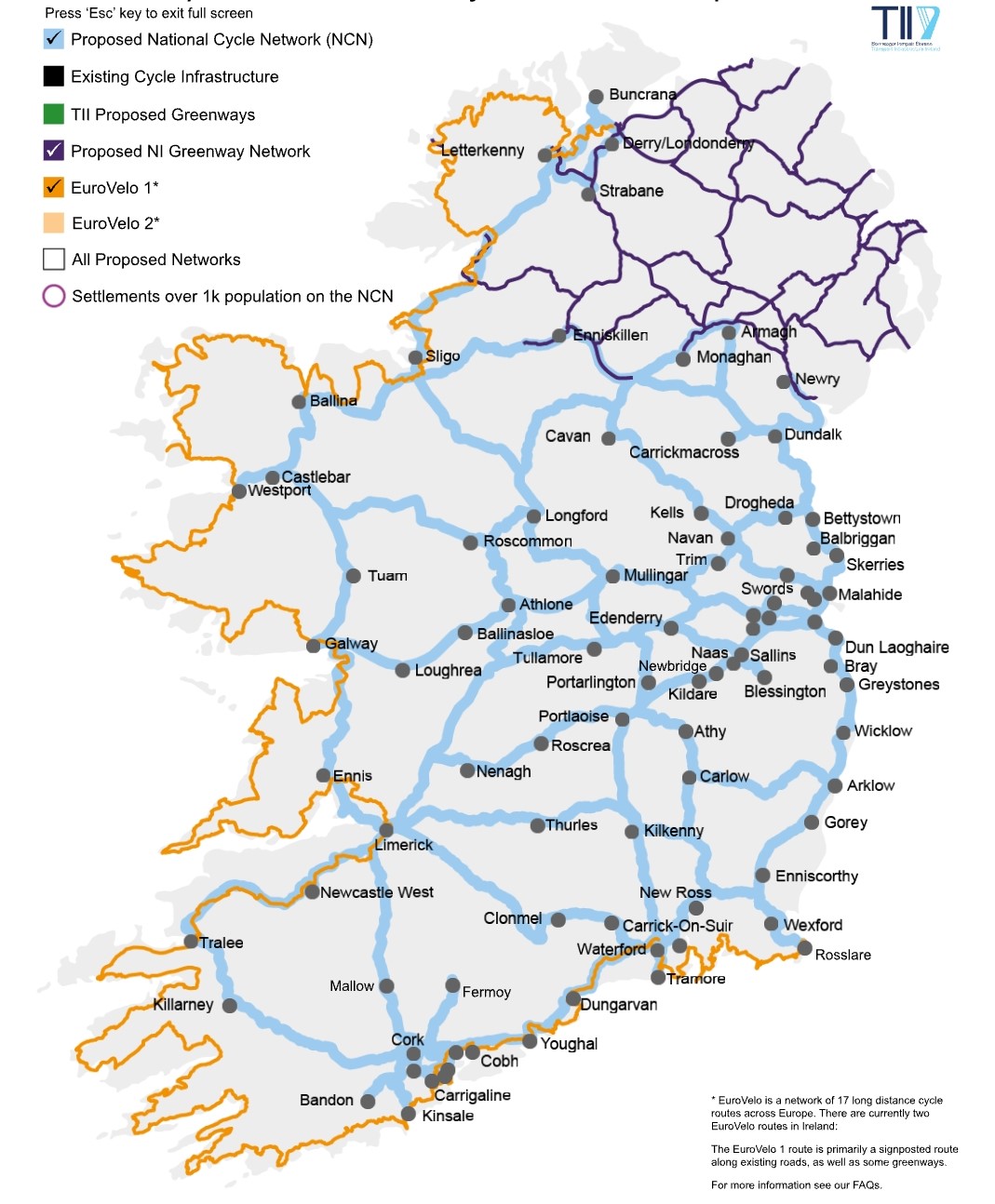 Minister Ryan said: “The expansion of our cycling network is key to enabling everyone, young and old, urban and rural, to enjoy and make the switch to cycling. Whilst we will continue to invest in Greenways like the Galway to Dublin route currently under development, this is not only about providing cycleways for long distance cyclists. This proposed network’s focus is on everyday travel and use - connecting village to village, town to village, city to town. It’s another step in connecting our communities, to enable and encourage as many of us as possible to choose the bike when travelling. The network will connect into other sustainable transport modes, enabling further onward travel using the bus, train and by walking.”

The NCN map incorporates many existing and planned Greenways as well as a range of proposed new cycle routes, as part of its proposed national cycle corridors. The NCN will also complement and integrate local cycling development projects and Greenways.

It will enable people to easily cycle to the centre of villages, towns and cities, being developed by the Active Travel programme as overseen by the National Transport Authority (NTA). It is envisaged the most of the NCN will be delivered by local authorities over the coming years.

Minister of State Hildegarde Naughton commented: “The NCN will provide benefits for cyclists and local communities across the country. It will help commuters, leisure users and tourists to choose to cycle, encouraging a modal shift to a healthy form of travel and helping to reduce carbon emissions from transport. The NCN will be made up of accessible, sustainable and high-quality routes. Both road safety, and the safety and security of cyclists, will be central to its development.”

The public consultation on the new NCN is open from Wednesday, May 4 to Tuesday, June 7, 2022. The NCN map, background information, as well as details on how to have your say, can be found online at:  https://ncn.consultation.ai/