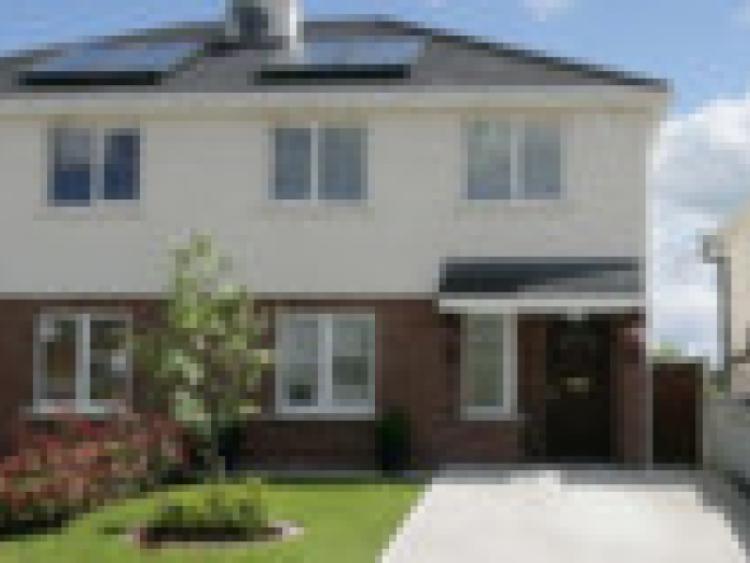 In a sign that the building trade may be sparking to life again, a major Portlaoise housing development is looking to build 30 more houses in Ashewood Walk.

In a sign that the building trade may be sparking to life again, a major Portlaoise housing development is looking to build 30 more houses in Ashewood Walk.

John Brennan of Aston Homes, said their company never stopped building even during the worst of the recession.

“We always kept things small, so we were able to keep going. We never stopped building houses and have been selling 6-8 houses a year.”

Mr Brennan continued: “There are some people in Ashewood Walk who have only moved in over the last six months. There is people moving in all the time.”

They currently have between 15 and 20 people working with them between builders, plasters, painters etc.

Earlier this month Aston Homes lodged a planning permission for 30 four bed semi-detached houses with Laois County Council. The planning authority will have a decision on the houses by early December.

In their application to the council, Aston Homes explain that planning permission was originally granted in 2006 for 149 houses and a creche. This has now lapsed and the applicant wishes to apply for permission to build 30 houses.

“There is big demand again in Portlaoise with the motorways so close, it is always appealing for people.”

“We built about 70 houses as part of our original planning permission. That has since expired and we had about 20 still to build.

“We’ve been working away on other houses that we had planning permission for but now we hope to add 30 new houses.”

“We will build the houses as there is a demand for them. We will probably build in phases of ten.”

Mr Brennan continued: “We have bookings for the houses we are building at the minute but we will be ready to start on these houses as soon as we get the planning permission.”

Mr Brennan added: “These houses are good value. They are tiled, carpeted and your white goods are included for that price. So they are ready to move in to.”