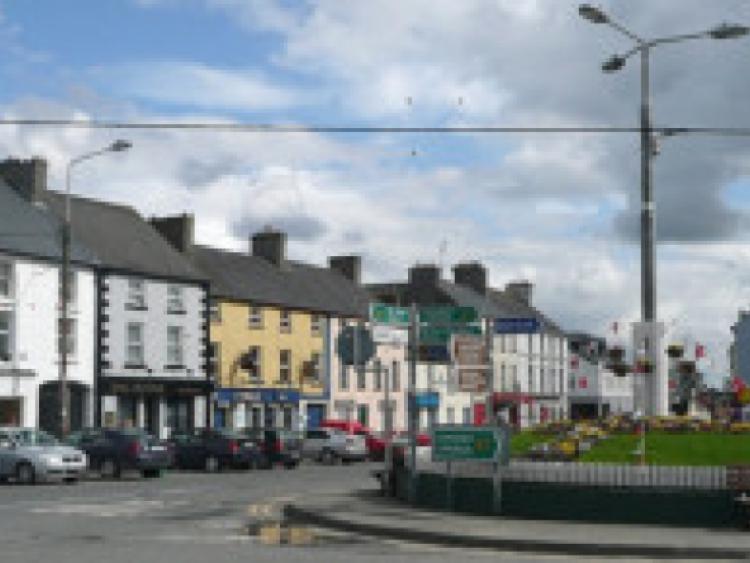 Parking meters may be on the way for Mountrath while there has also been a call for town centre’s roundabout should be moved.

Parking meters may be on the way for Mountrath while there has also been a call for town centre’s roundabout should be moved.

Speaking at a recent meeting where councillors learned that a traffic plan would cost €35,000, Cllr James Kelly said the junction was “a roundabout that’s not a roundabout”.

“If we get it moved the trucks can get through, we need to get something done in the square, it’s a joke,” he said at the Borris-in-Ossory Mountmellick Municipal District meeting last week.

Cllr Kelly asked Laois County Council to do a survey on traffic and parking in the town.

“A lot of councillors know this area, it is very bad for parking. It’s the only roundabout that you don’t go around, you go beside it,” he said.

He claimed that commuters are parking all day, and this causes traffic jams when trucks try to drive through the town on the N7 road.

Engineer Brenda Cuddy replied “you’ve an issue with the lack of bye laws”, and suggested parking laws in both Mountrath and Rathdowney.

Cllr Brendan Phelan was caught himself in traffic.

“It happened to me this morning. Cars just stop there and block traffic. Bye laws have their upside and downside,” he said.

Cllr Paddy Bracken said parking bye-laws were introduced to Mountmellick some years ago to stop commuters parking in O’Connell Square all day.

“By and large people were happy when it was done. It did free up the centre of town, it stops all day parking,” the Cathaoirleach said.

“We as a group can make a suggestion to the roads section,” said Cllr John King.

“Road Design Office had prepared design for parking and flow of traffic at this location. The cost to carry out these works is approximately €35,000” he said.