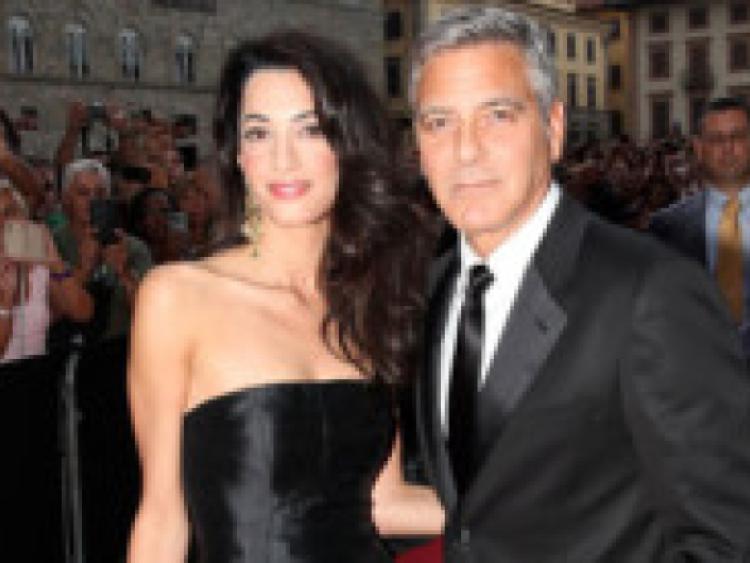 Hopes are building that Hollywood legend George Clooney will come to Laois during his promised trip to Ireland this summer with his wife Amal.

Hopes are building that Hollywood legend George Clooney will come to Laois during his promised trip to Ireland this summer with his wife Amal.

Clooney whose Irish cousins are from Abbeyleix, recently announced plans to visit.

“I’m embarrassed that I’ve never properly been there before now. I’ve been talking about going for years and Bono has been trying to get me to do a bike ride around Ireland with him. I’m definitely going to make a visit happen this summer. Amal has been several times, so she can show me around,” he said.

His Abbeyleix relatives are hoping to meet him, having welcomed his parents in 2008.

“We will have to show him around the big sights of Abbeyleix and bring him for a pint in Morrisseys, I’m sure we can come up with a few ideas,” said his cousin Fiona Clooney.

A member of the Abbeyleix Heritage Town committee, she hopes the visit will put Abbeyleix on the tourist trail.

The family links go back to the 1850’s, when George’s great great grandfather Nicholas left Kilkenny to emigrate to Kentucky, and his sister Sarah moved to Abbeyleix to work in the DeVesci’s carpet factory, where carpets for the Titanic were manufactured.

Sarah’s descendent Seamus Clooney renewed contact with George’s parents Nick and Nina, when he rang their local post office to find them.

“It was unbelieveable, Nina was actually in the post office at them time and took the call, then they came to visit here,” said Fiona, his daughter.

She and her fiance David later visited Nick and Nina for a weekend in Kentucky, and got a Christmas card this year.

The red carpet will be rolled out promises Abbeyleix publisher Andy Ring.

“We will have no problem getting a bit of a do, I have plenty of contacts. We could make George a freeman of Abbeyleix. We will take him on the heritage trail,including the site of the carpet factory, now the Gallic Kitchen, and celebrity photographer Mick Bunn has offered to take a family portrait. No stone will be left unturned, it will be a huge event,” promised Andy, who runs the website www.irishheritage towns.com

“It would be great for the community and we will be delighted to welcome him if we are asked to get involved. It would be one of the events of the year,” he said.

Songs have already been written in hopes of the visit. Local band Abbeyfolk have “Here’s to you George Clooney” while Kilkenny’s Corrigan brothers with “Welcome Home George Clooney”, are hoping George and Amal “will join us for a few songs”.