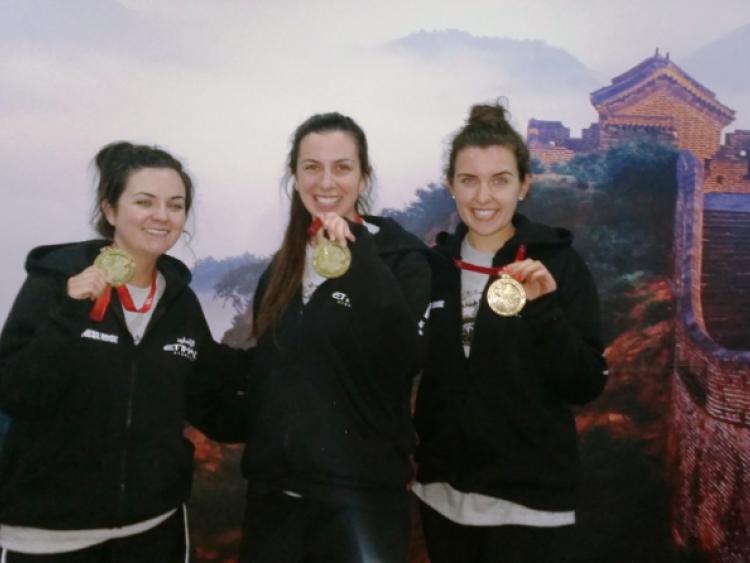 Teacher Niamh Cashen from Portlaoise is on a high after running one of the toughest half marathons in the world, on the Great Wall of China.

Teacher Niamh Cashen from Portlaoise is on a high after running one of the toughest half marathons in the world, on the Great Wall of China.

“It was the best experience of my life. We were apprehensive during training, we read up and saw terrifying pictures. But once the gun went, adrenalin kicked in and we gave it our best,” she said.

The 13 mile run lived up to its daunting reputation.

“We climbed 16,000 steps over 6 and a half hours. The step height varied, in some parts I relied heavily on my hands to force my body up. It was either steep uphill or downhill, in some parts we needed to hold the wall for support,” she said.

Heavy rain and wind in the last hour made the stones slippy but they kept going.

“We sprinted over the finish line smiling, saturated to the bone and waving the Irish flag high,” she said.

They had trained for two months, five days a week. It paid off. They were fit enough to enjoy the atmosphere, while raising nearly a grand past their target of €3,000, shared between Pieta House, The Irish Cancer Society and Epilepsy Ireland.

She chose the cancer charity partly from seeing her aunt Ann Cashen’s work at the Cuisle Centre in Portlaoise.

“I have always admired her dedication and the support she offers. We are beyond thrilled with donations from family, friends and strangers from all over the world, we cannot thank them enough,” said Niamh, a past pupil of Scoil Mhuire NS and Scoil Chriost Rí.