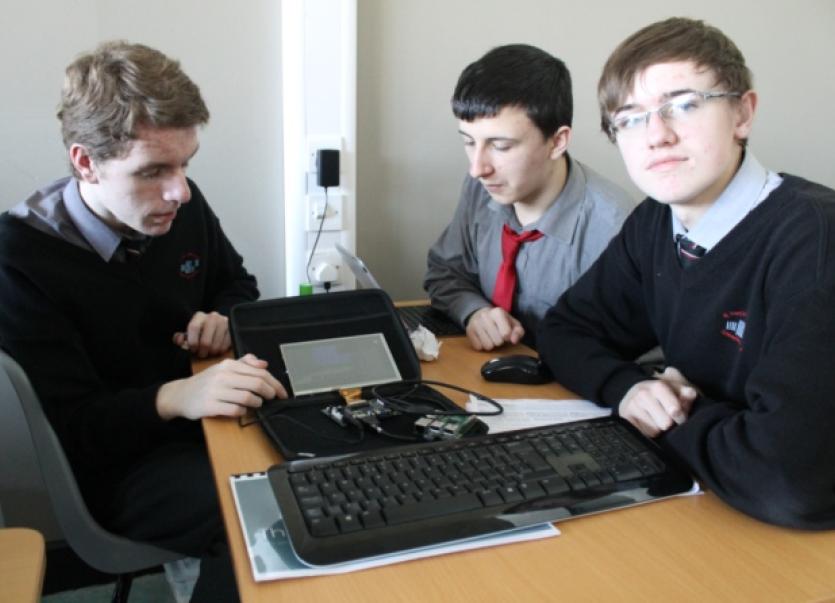 St Mary’s CBS Portlaoise held their Scifest Fair on Tuesday March 10 where five winners were chosen out of 40 iscience projects .

St Mary’s CBS Portlaoise held their Scifest Fair on Tuesday March 10 where five winners were chosen out of 40 iscience projects .

Students from 2nd and 3rd year presented their projects to four judges.

The five winners will now represent the school at the SciFest College fair in Carlow IT on March 30.

They include PJ Daly with his project on grass fed versus corn fed beef.

Kevin Carroll, Joseph O’Leary and Bill O’Brien were selected for their plan to make a virtual headset.

Mark McCormack, John Byrne and Nathan Hayes with their invention of a device called ‘Echo’.

Kyle Byrne, Caolan Fleming, Shane Dalton and Cian O’Toole devised a key words science app for use by students in the school.

There are 15 SciFest@College science fairs throughout Ireland, where students have the opportunity to compete for a wide range of awards and prizes.

The Best Project Award winners from college venue will go on to a national final competition in November.