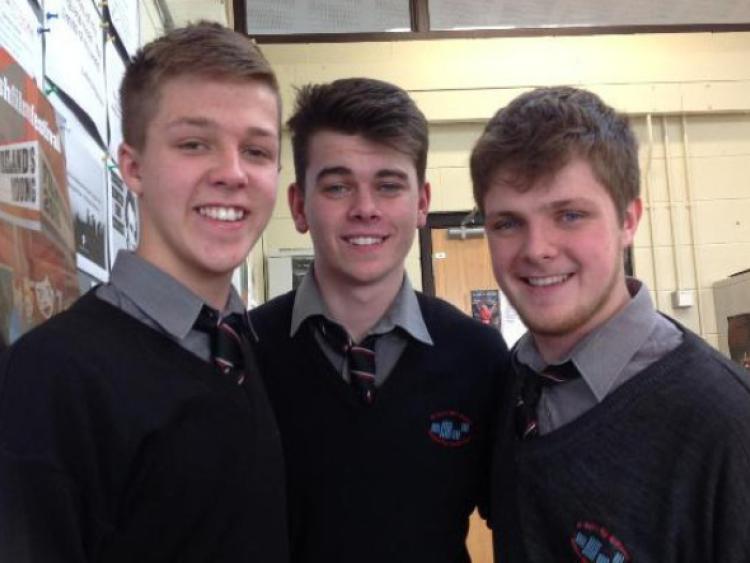 “I always loved being in the limelight. I auditioned for the role of Aunt Lizzy because I wanted to throw myself in at the deep end,” he said.

Conor Smith has long wanted to become an actor, and played the lead role of Gar.

“My character is confused, aspirational and if you look deep enough a little mad. At times I had to dance and jump around which could be exhausting. The quieter, more raw scenes were harder to act,” he said.

“We rehearsed every Monday and Friday for three hours, working on our characters, getting used to one another’s styles and then doing dry runs, working on little details. For many this was our first time in any sort of production,” he said.

Their first performance was for the TY girls of Scoil Chriost Rí.

After a pep talk by Ms Quinlan and a few hours’ rest, they performed again, for parents.

“My scene was in the middle of the second act so I had an anxious wait backstage. Before I knew it I was in the spotlight sporting a brown wig and fur coat and I loved every minute. The audience’s laughter, the mistakes played off as part of the scene and everyone involved, I would do it again in a heartbeat,” Cathal said.

“When I stepped up onto the stage for the second and most important show my legs were shaking, but as the first line flew out of my mouth that all fell away. What followed was the most energetic and rewarding two hours of my life,” said Conor.

“We may have had our moments where we messed up, but we came together in the end and put on one hell of a show,” said Andrew. All three thanked Ms Quinlan for her professional direction.