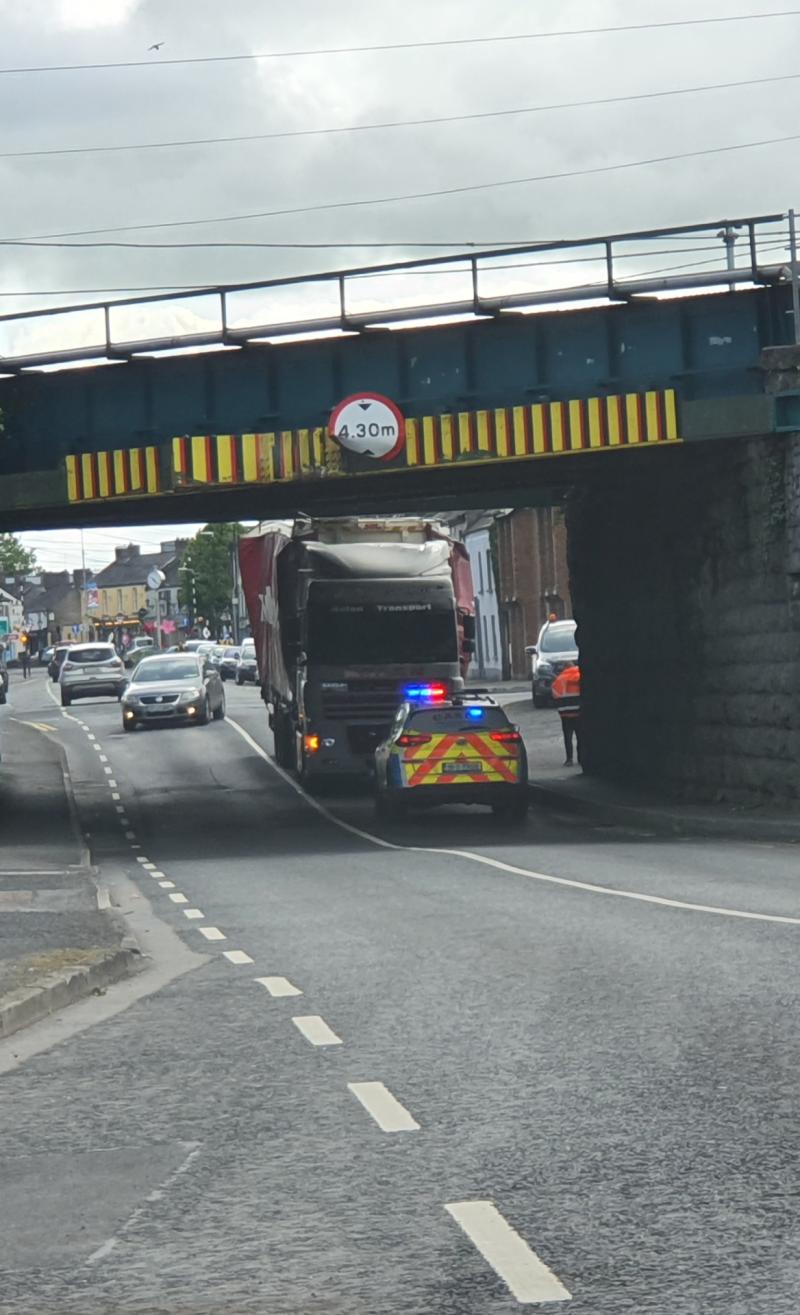 Rail services through Laois were delayed when a truck struck a bridge in Portlaoise on the Mountrath Road on Wednesday morning.

The incident led to rail and traffic delays and Irish Rail staff had to inspect the bridge before allowing services to resume. Irish Rail said the incident delayed the 10.25am Portlaoise to Dublin service.

It’s not the first time the Mountrath Road railway bridge or the Moutmellick Road bridge have been hit by lorries.

Local resident Tony Connolly questioned why Irish Rail have signs on both bridges that don’t work. He said the signs worked up to about two years ago but have ceased functioning despite appearing to have power.

“Before it was put up surely it ought to have been tried and tested,” said Mr Connolly. He said “the two of them aren’t working and yet there is power going to them it seems.”

He explained that there the signs are lit in patches but no longer display the warnings they were designed to display.

Mr Connolly alerted Laois County Council to the signage and they told him it was an issue for Irish Rail. He said “I wrote a letter a couple of years ago to Irish Rail about those signs.”