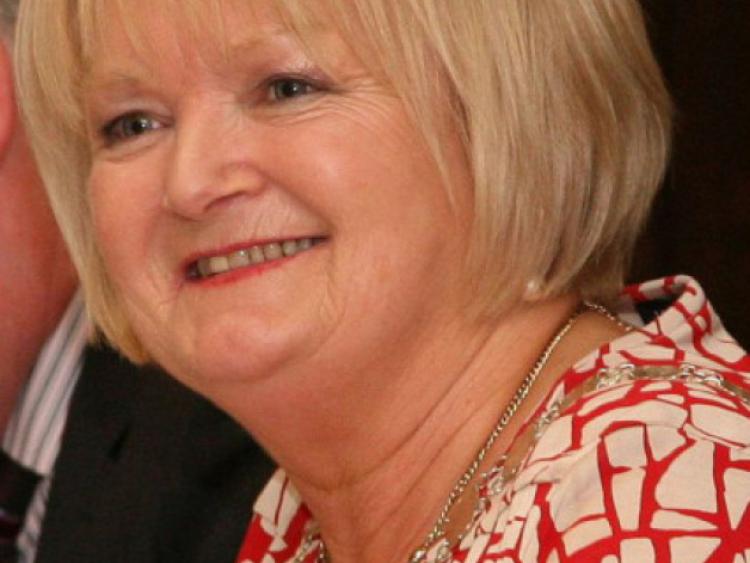 Election fever was in the air in Laois County Council chambers yesterday.

Election fever was in the air in Laois County Council chambers yesterday.

As newly elected Cathaoirleach Cllr Mary Sweeney from Ballyroan confidently donned the chain of office at County Hall yesterday (Monday), the topic of many councillors’ congratulatory speeches was next year’s local elections, when 25 county councillors will play musical chairs for 19 seats.

Meanwhile, Council chambers were full on Monday with Cllr Sweeney’s family, her daughter Aoife and son Conor, her colleagues from the library and Laois VEC where she is chairperson, and friends and supporters. and TDs Charlie Flanagan and Marcella Corcoran Kennedy.

She is a FG councillor since 1999, and only the second lady chair in over 100 years to sit in the chair, the first being Mary Wheatley (FF).

“It is a wonderful privilige to be the first lady of Laois,” she said, adding that she aimed to see a new school forBallyroan and a library and heritage centre in Portlaoise.

It was a Fine Gael clean sweep as Cllr Marty Phelan was elected as Leas Cathaoirleach. Fianna Fáil councillors did not to propose a candidate, as Cllr Phelan has decided not to run in the next year’s elections.