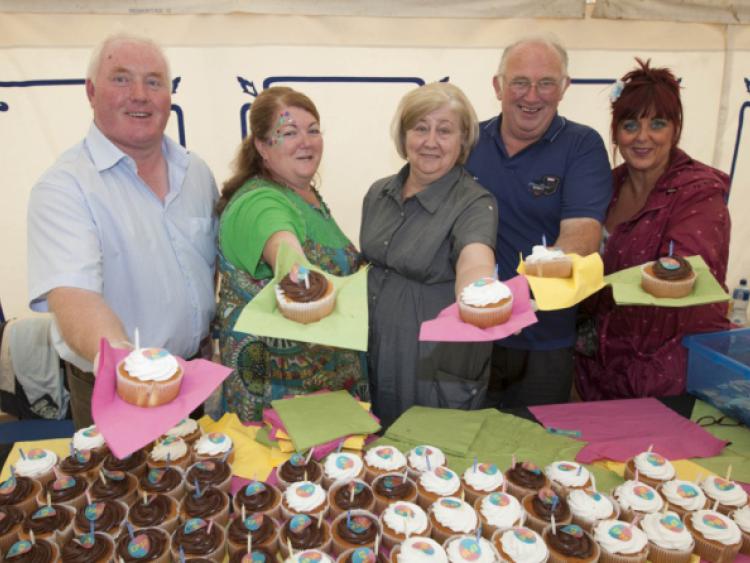 Thousands of locals unexpectedly joined in celebrating the Electric Picnic’s 10th birthday last week, as many of the cupcakes baked for punters were shared out among the community.

Thousands of locals unexpectedly joined in celebrating the Electric Picnic’s 10th birthday last week, as many of the cupcakes baked for punters were shared out among the community.

There were 39,000 delicious buns baked to mark the festival’s 10th birthday, supplied by a British company. They were redeemable in a tent on site by ticket holders, but despite the capacity 35,000 attendance, nearly half of the delicious frosted cupcakes were still uneaten by Sunday morning.

“I believe there was a problem with them not being shifted fast enough. There was a bit of a panic on Sunday to dispose of them, as the organisers rang around to find groups to take them. In fairness they didn’t want them to go to waste,” said Community Employment supervisor Liam Kelly from Stradbally.

He delivered some to the Vincent de Paul in Stradbally, while the allotment group happily took some for their weekend cakesale.

“People were delighted to get them, they were very nice,” he said.

Young and old around Laois enjoyed the unexpected sweet treat, from the pupils of Killenard National School to residents of St Vincent’s Hospital in Mountmellick, and Meals on Wheels customers in Portarlington.

The Anvil Inn in Portarlington sold more with a coffee for €1 with proceeds going to the Meals on Wheels group.

“They all went to good homes,” reported Shane O’Neill who helped distribute them, along with Ann Dunne and Portlaoise fireman George Broomfield.