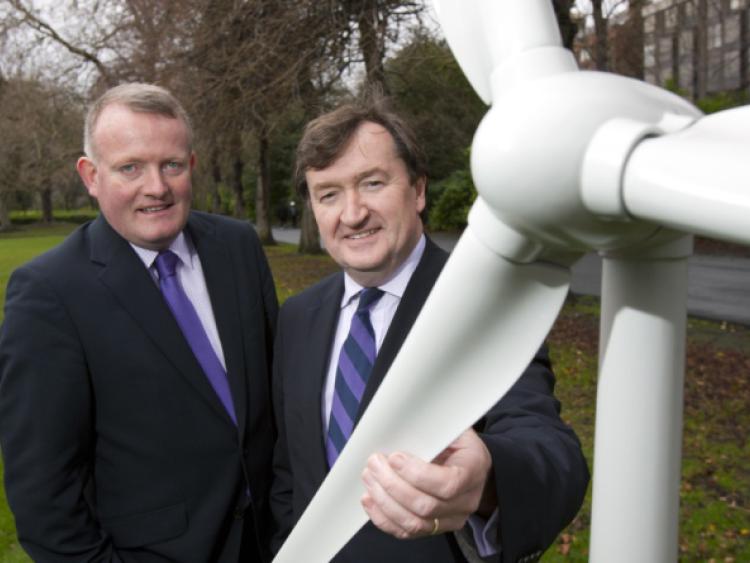 Wind farms could boost Laois County Council income by €100 million over 25 years according to one of the wind turbine companies.

Wind farms could boost Laois County Council income by €100 million over 25 years according to one of the wind turbine companies.

Element Power CEO Tim Cowhig says the €4 million it would pay each year could contribute 45 percent extra on the €9 million the council collected in business rates last year.

Pointing out that the Council called 2012 “a difficult year” with income reductions both from the government and locally, he says the local authority had a closing deficit of €494,534.

Mr Cowhig says the Greenwire project, which plans 450 turbines. 185 metres tall, in farms and bogs across Laois, could “help reduce the burden of rate payments on small local businesses which are struggling to survive.”

“A large number of these SMEs in Laois cite costs, particularly rate payments, as a real threat to their existence,” the company says.

The Greenwire project is expected to go to An Bord Pleanála for planning approval in early 2014. The company expect to have the turbines in operation, supplying electricity to the UK, before 2020.

Mr Cowhigreiterated the income opportunity for landowners, the community and the council.

“There is a real window of opportunity to develop a new export industry to the UK. We are sometimes asked by anti-wind campaigners about how they will explain the presence of turbines to their children 20 years from now.

“I would respond by querying if those opponents would prefer to deprive Laois of the opportunity to establish a new industry in addition to the revenue, employment and spin-off benefits which this can clean sustainable sector can generate,” he says.

He said most people they have engaged with seem “broadly satisfied that Greenwire represents a tremendous opportunity for this area”.

“We have received feedback from more than 6,000 of members of the public. Our meetings with key stakeholders are continuing weekly. Very many people we engage with support what we are doing and the feedback has been very helpful and constructive”, concluded Mr Cowhig.