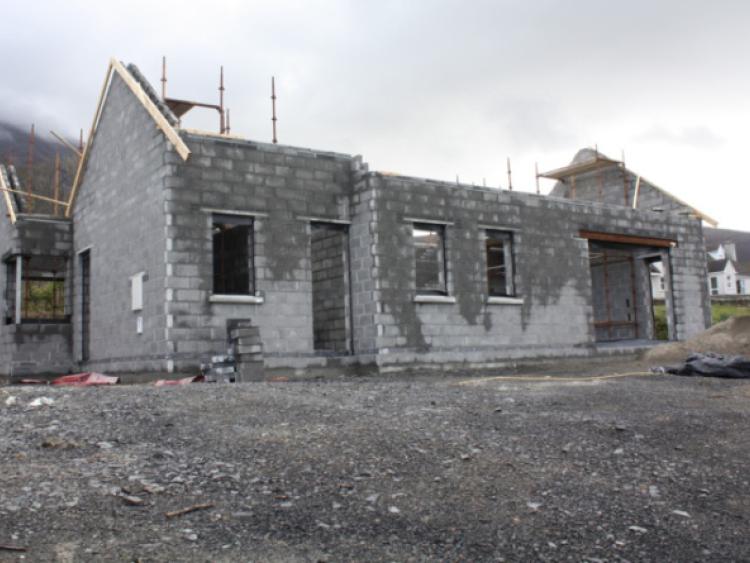 A shortage of houses for people on the council’s waiting list and restrictions on people who people who want to build once-off housing have been raised by two local election candidates.

A shortage of houses for people on the council’s waiting list and restrictions on people who people who want to build once-off housing have been raised by two local election candidates.

The recently introduced building regulations will increase the cost of building in rural areas according to Fianna Fáil candidate Dick Miller.

Referring to the regulation where someone building a once off house must employ an architect and a registered builder adding at least €12,000 to the cost, he said this regulation must be amended to allow for building byG direct labour.

The candidate in the Portarlington - Graiguecullen also referred to the number of underemployed registered trades people who have in the past build as they can afford it, doing some of the work themselves. He claimed this will not be allowed in future

The Timahoe-based candidates claimed the new Building Regulations will drive more young people out of rural areas and will further “decimate these areas”. “Government Housing Allocation for Laois is just a drop in the ocean”.

Meanwhile, Sinn Féin’s candidate for the Mountmellick/Borris in Ossory electoral istrict Rhoda Dooley Brogan has described the allocation of only seven new council housing starts in Laois this year as a drop in the ocean.

“The tiny allocation this year comes on the back of almost no new social housing starts in the last 5 years.

“The demand for council housing in the county is at crisis point with over 1,400 households on the waiting list. In towns such as Mountmellick, Mountrath, Rathdowney and Durrow no new council housing has been built for a number of years. I am meeting a lot of people who are on the housing waiting list for years,” she said.

The candidate also claimed that the situation is been exacerbated by a number of factors such as people losing their homes due to mortgages arrears, the increase in rents in the private rented sector and the difficulty getting mortgages.

“The approach of the Government seems to be to continue using taxpayer’s money to pay rent subsidies to private landlords and developers. The almost total reliance on this to provide social housing is the wrong approach. Council housing is a good social and economic investment.

“Families get permanent homes to rent or purchase and councils get a good revenue stream for a long number of years from rental income. If the tenant purchases the house after a number of years the council get a lump sum on top of this,” said a statement.