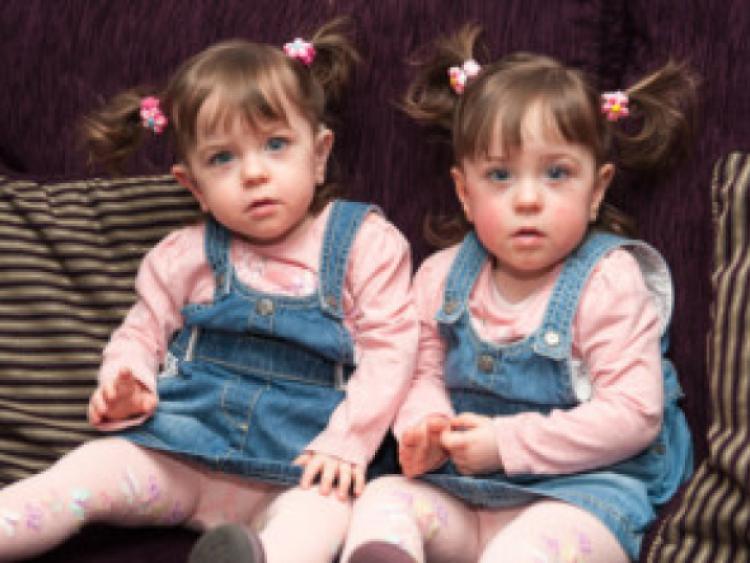 Pippa and Sophia Devane from Mountmellick, who survived after being born dangerously ill at 24 weeks, are up against another obstacle due to health cutbacks in Laois.

Pippa and Sophia Devane from Mountmellick, who survived after being born dangerously ill at 24 weeks, are up against another obstacle due to health cutbacks in Laois.

The girls are among the smallest ever in Ireland to survive Twin to Twin Transfusion Syndrome, and celebrate their second birthday next month.

While walking and full of fun, their speech has not developed much beyond ‘mama’ and ‘dada’, and they have had repeated lung infections, while Pippa is also deaf.

Despite a recommendation for early intervention therapies, they have not yet been seen in Laois’ speech and language clinic in the Spraoi Centre, Portlaoise.

Pippa also chokes on her feeds, which is causing lung infections, and needs to be seen at the Eating Drinking and Swallowing clinic in Laois.

That service was closed last year, and there is no alternative clinic in the area.

Their mother Debbie Devane is pleading for help.

“It is called ‘early intervention’ for a reason. There is no point offering us an appointment when they are nearly three. There’s a window of time for developing speech, they need help now,” she said.

She knows of children of a similar age who got therapy.

“I have friends in Cork, Wicklow, even Newbridge, who all got early intervention because they are in a different area. I pay the same property tax but my girls are being denied the human right to learn to speak, because of where they live. It makes me so angry,” she said.

Debbie does not blame the staff in the Spraoi clinic.

“We need to get this service back to Laois. Staff are not being replaced when they go on leave. The medical care the girls got since birth from the Coombe and Dr Gul in Portlaoise, is fantastic. But we have hit a wall with this,” she said.

A request from the Portlaoise clinic to send Pippa elsewhere was turned down by Temple Street hospital.

In a letter also sent to Debbie, senior therapist Clare Salley says “there is currently no alternative service within Pippa’s local area”. She adds that they have no outpatient clinic. saying, “We cannot fill gaps in local service”.

“This letter is the last straw. There is nowhere else to go,” Debbie said.