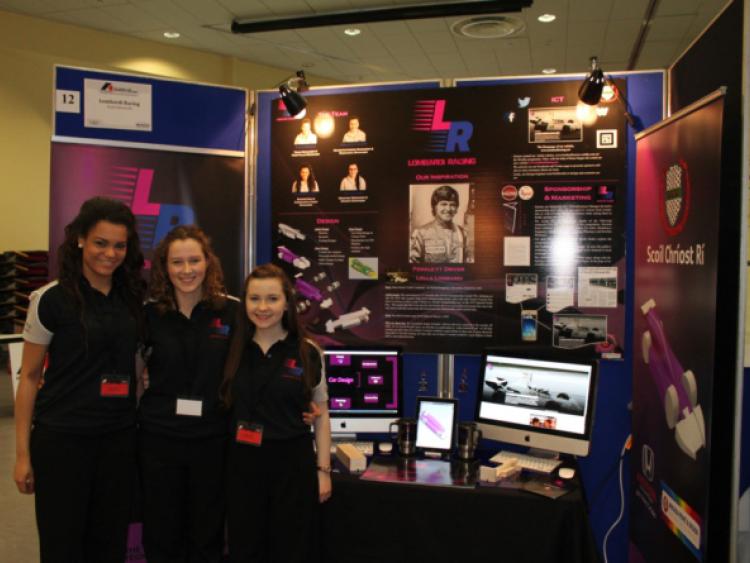 Two teams from Scoil Chríost Rí are taking the world of Formula One racing by storm with their design and engineering skills in this year’s F1 in Schools Challenge.

Two teams from Scoil Chríost Rí are taking the world of Formula One racing by storm with their design and engineering skills in this year’s F1 in Schools Challenge.

Lombardi Racing and Team Cheetah have both secured a place in the National Finals in Dublin Castle on May 2.

The teams have undertaken the task of designing and building a model F1 car capable of racing along tracks at speeds of up to 110mp/h.

F1 in Schools is a challenge that enables students to learn about physics, aerodynamics, laminar flow, engineering, manufacturing, design, marketing, sponsorship and financial skills, and most importantly team work.

On March 14, the teams boxed up their stands and cars and headed for the Regional Finals in Griffith College Dublin. Over the course of the day their stands, portfolios and cars were inspected and scrutinised by the judges.

Each team had to give an oral presentation in front of the panel of judges, after which they readied their vehicles at the starting line and braced themselves for the green light.

The cars, fueled by CO2, were raced four times against an opposing team along a specially designed 20m track. Races are only one second long so it really is some ‘blink and you’ve missed it’ action.

Once the races were over the anticipation was rife as the teams awaited the results.

Both teams are now preparing for the National Finals, in the hope of getting to the World Championships in Abu Dhabi in September. Students from forty different countries will compete to be in with the chance to win the prestigious Bernie Ecclestone Award and an engineering scholarship to City University London.

The teams would like to thank their sponsors Mochua Print, Oriflame, Sparrow Insurance and iRepair.