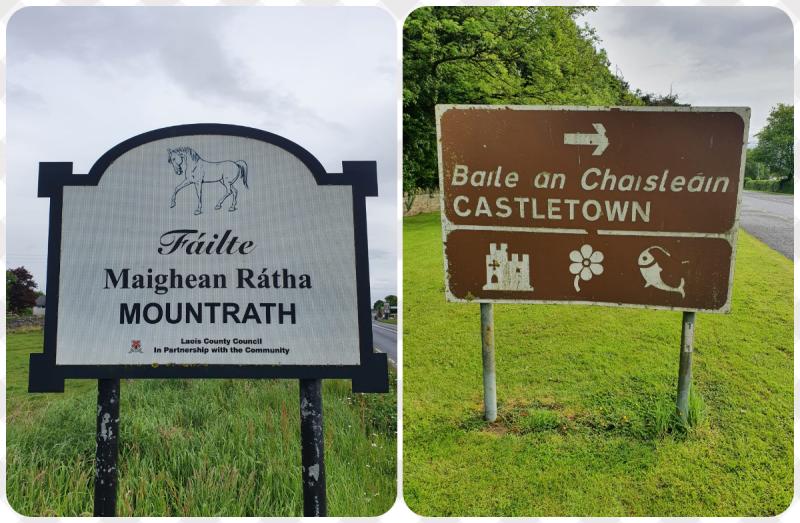 A path between Mountrath to Castletown is a big ask but is needed because of the benefit it will yield to the two communities, according to a Laois County councillor.

Cllr James Kelly, Independent, made the suggestion at a recent meeting with council officials. He tabled a motion at County Hall in Portlaoise calling on Laois County Council to carry out a survey and cost analysis for a footpath/safe walkway to link the neighbouring town and village.

While the distance between the two villages totals, Cllr Kelly believes a path of half that length would suffice.

“We all have wish lists and requests from constituents. It is a 1.5 km footpath and I know it is a big ask but it is a very busy road and the two communities are very close,” he said.

Cllr Kelly claimed many people walk from the town to the village for exercise but safety is needed.

He said it had full support in Mountrath and Castletown which would especially benefit. He added that there is no bus service and taxis are expensive.

“It’s a particularly straight road with a lot of speed. It’s also nice to see your neighbour. The relationship between Castletown and Mountrath is very good and it would be nice to be able to walk safely between them,” he said.

He added that it would be great to see the people of Mountath visit the Castletown during the summer.

Cllr John King, Fine Gael, backed the proposal which he said brings people together. He said people are much more active. He suggested that a meeting be convened on footpaths in the towns and villages.

Mr. Diarmuid Donohue, SEE,replied in writing that the NTA Active Travel Section shall contact and arrange a meeting with Cllr Kelly to discuss and identify items raised in relation to the proposal for the footpath/safe walkway link.

Cllr Kelly said he looked forward to the meeting.