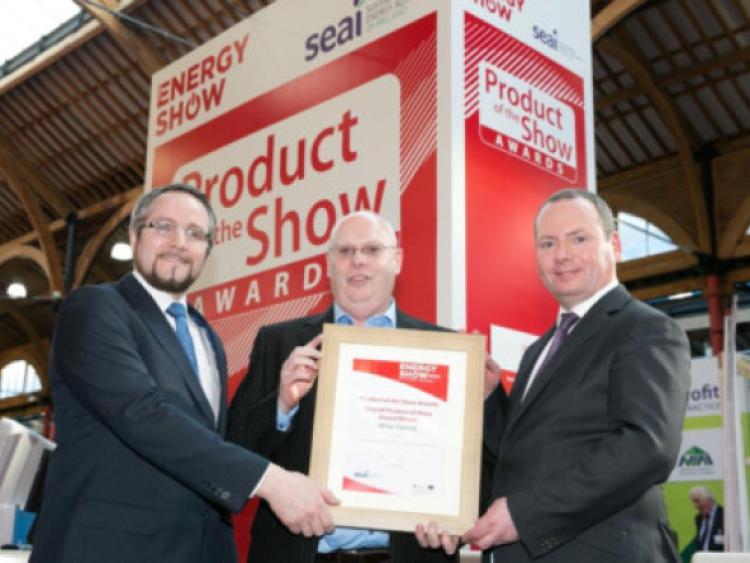 METAC beat off tough competition and won out their category for Best Service Provider and were also awarded The Overall Product of the SEAI Energy Show 2014.

METAC Training fought off tough competition from other independent training centre’s as well as manufacturing training facilities from all over the UK and Ireland, to be announced OFTEC Best Training Centre 2014 at the OFTEC Awards for Excellence.

The OFTEC awards are for the oil heating and cooking industry and took place as part of its new look ‘Big Event’ which included a trade show, seminar programme and member mini conference. Over 170 guests attended the OFTEC Awards for Excellence ceremony held at Nailcote Hotel and Leisure Club near Coventry England.

These awards are a testament to the hard work and dedication of the Staff and trainers at METAC. Who since it was founded in 2006 by local man Dominic Dunne (Managing Director),

METAC has established itself as both a market leader and as a provider of best quality training provision. METAC provides training in Oil, Gas, Electrical, Renewable Energy as well as Sustainable Systems such as Rainwater harvesting.

METAC Training is dedicated to assisting installers and service technicians working in the energy field, in achieving the highest possible standards through a theoretical and practical approach to training using the most up to-date equipment and technology available. The training facility permits a high degree of live and simulated training which effectively reflects an authentic

work environment for the trainees.

METAC’s training centre based in Mountrath is equipped with 12 theory rooms, 10 practical rooms, 2 canteens and on-site parking. Since 2010 they have been facilitating the local community in providing business and hobby courses on a part-time basis, the courses on offer range from Digital Photography and Accounting Technicians Ireland to Arc Welding and Dog Grooming. METAC have something on offer for everyone.

Commenting on the award, Dominic Dunne from METAC said “I’m delighted that our centre has been recognised both national and International levels in the SEAI and OFTEC Awards. We pride ourselves on being an industry-focused organisation that works to provide for the needs of the energy sector, promoting energy efficiency through - vocational education and training products and services. It is an honor for us to be chosen for these awards.”