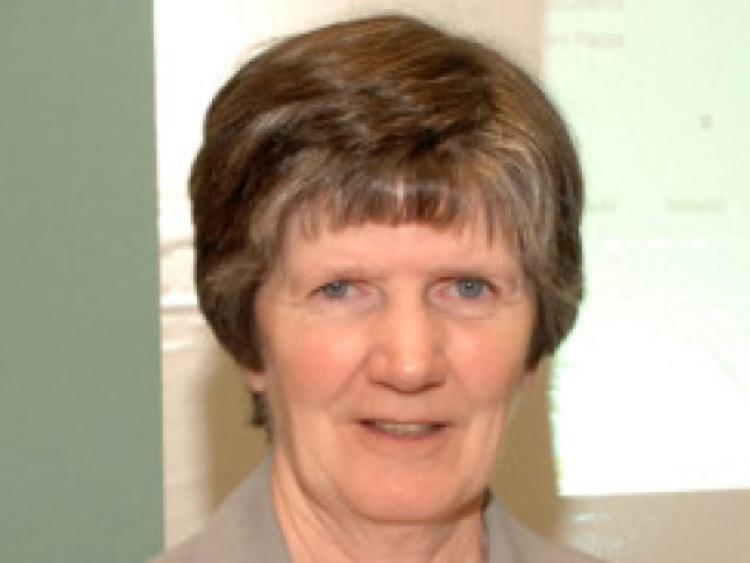 A native of Dundrum, Tipperary, Sr Imelda, 67, had formed close bonds with the community of Mountmellick during her time there.

Her remains were waked on Saturday in the Convent Chapel in Clonmel, and in the Convent chapel in Mountmellick on Sunday, before funeral mass celebrated by Bishop Denis Nulty, presided by former Bishop James Moriarty.

Sr Imelda had been on holiday in Kerry with her friend Sr Paula Buckley and their colleague and friend Sr Mary Hanrahan. who raised the alarm following their disappearance as they bathed in the sea at Inch strand last Thursday evening August 14.

They were taken from the water by the Valentia Coastguard and airlifted to Tralee Hospital where they were later pronounced dead.

Sr Maureen O’Connell had lived with her in Kirwan Park, and was shocked at the tragic death of her friend.

“She left here last Saturday morning August 9, and was buried on Sunday, it is a shock. She was a very inspiring, honourable person, very special. I was privileged to have known her,” she said.

Sr Imelda is mourned by her seven brothers and sisters, nieces, nephews, extended family and the Presentation Sisters.

Sr Paula Buckley aged 70, was also a member of the South East Province of the Presentation Sisters.

She was due to celebrate her Golden Jubilee on Saturday last, and was laid to rest in her home town of Cashel, Tipperary yesterday, Monday August 18.