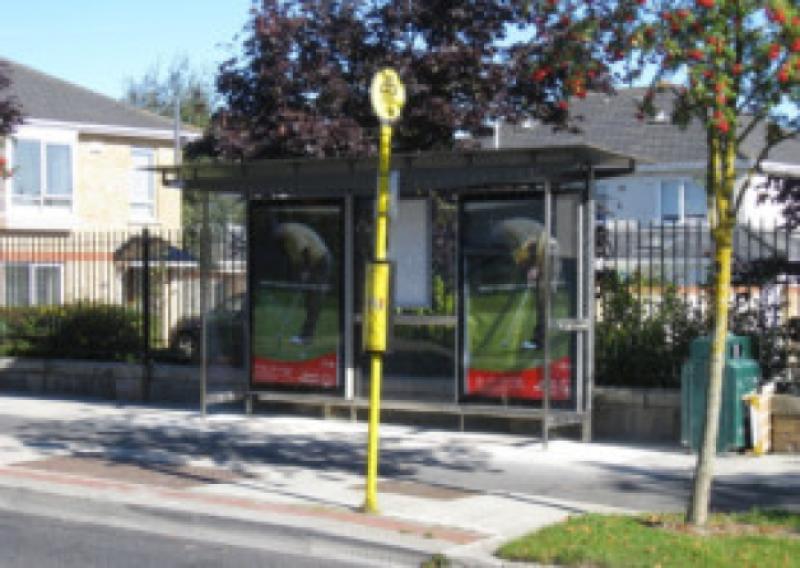 A bus shelter is set to be built in Mountmellick, costing €15,000, so that it fits in with the town’s Georgian heritage.

A bus shelter is set to be built in Mountmellick, costing €15,000, so that it fits in with the town’s Georgian heritage.

Despite the fact that Dublin, which is rich in Georgian buildings, has hundreds of modern bus shelters, Laois County Council deemed that Mountmellick’s first bus shelter must fit in.

A standard shelter would have cost €10,000 to build but the Georgian designed structure earmarked for Mountmellick will cost an extra €5,000

Sinn Féin TD Brian Stanley confirmed that clearance had been given for the bus shelter which was badly needed to protect people from the weather.

“They can’t put in a standard shelter, which would cost €10,000. This will be more ornate looking, in keeping with the Georgian architecture in O’Connell Square, with no advertising.

“It will be set back from the existing bus bay. Laois County Council tendered for the work and will erect it, there will be associated site works, and adjustments to railings. Myself and Cllr Stephen Lynch have had a lot of complaints over not having a bus shelter, it is a simple thing, it should be in every urban area,” he said.

He added that the the National Transport Authority (NTA) would be funding the project. The authority wanted to erect a standard model but this was refused by county hall due to the designation of O’Connell Square as a Georgian street scape.