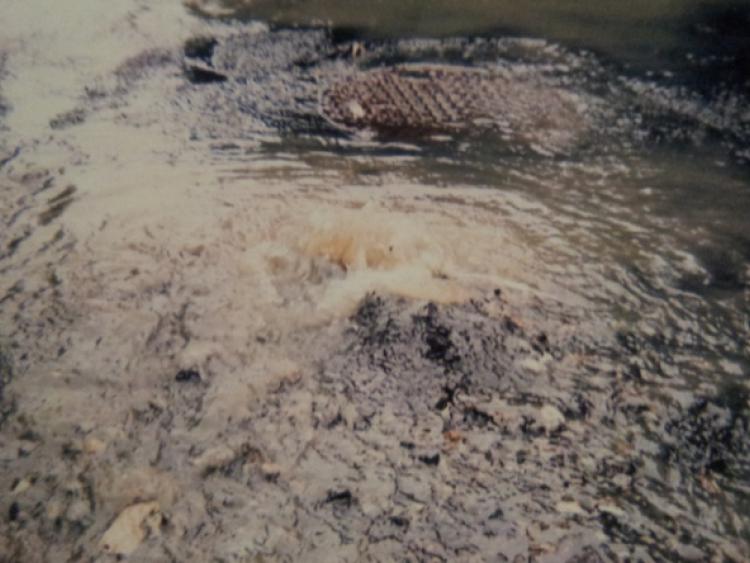 An announcement that Irish Water will fix raw sewage next year leaking near Killenard has received a mixed reception from residents.

An announcement that Irish Water will fix raw sewage next year leaking near Killenard has received a mixed reception from residents.

“That is a long wait for something that is happening regularly. Maybe it is good news, but we will see first if they do it, and will it solve the problem,” said resident Ray McGill.

Sewage has spilled out of a manhole on the road outside three houses in Ballycarroll near Killenard a dozen times since 2008. Most recently last September and again in November, with residents informing the Leinster Express of their disgust and their health concerns.

The problem began after the construction of new houses and a hotel in Killenard.

Irish Water will build storm tanks in Portarlington Sewage Plant which the council say will eliminate the problem, to begin construction in the spring of 2016.

Director of Services Michael O’Hora said the bolting down of a manhole four years ago stopped solids from escaping “but there is still a small amount of liquid”.

Mr McGill disputes this. “There is still toilet paper coming out, but the liquid is still sewage,” he said.

He is at a loss to understand how storm tanks in Portarlington will solve sewage coming a mile away from Killenard through Ballycarroll.

“Is it not the pump in Killenard that is the problem?,” he queried, adding that nobody from the council has contacted residents since the last leaks.

The council also say any leaks are dealt with efficiently through an alert system, but Mr McGill again disputes this.

“How come we have to ring them every time it happens? All they do is wash it down the road with disinfectant, it lies in gateways, they don’t suck it up. Last time nobody came for an hour and a half. If it’s going to stay happening they may do something sooner than that,” he said.