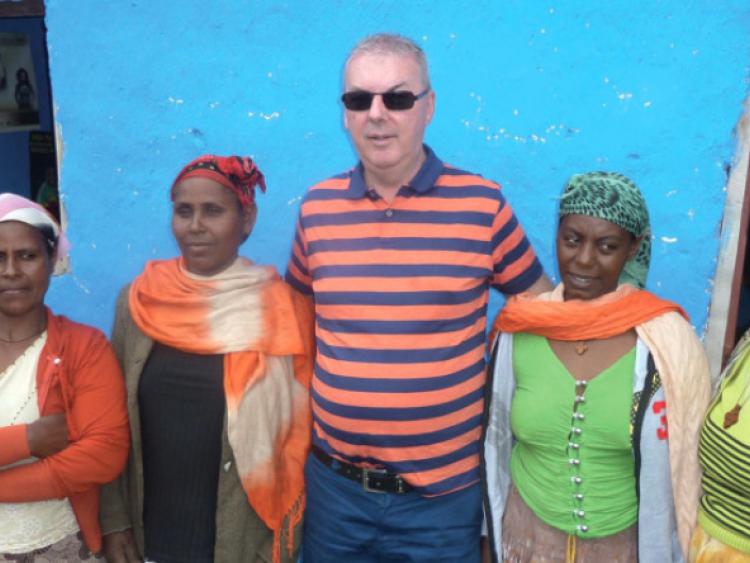 Two Laois men saw at first hand the impact that small-loans can have on rural poor families in Africa, when they visited projects that are being supported by Irish Credit Unions, in Ethiopia.

Two Laois men saw at first hand the impact that small-loans can have on rural poor families in Africa, when they visited projects that are being supported by Irish Credit Unions, in Ethiopia.

Clive Davis, who is chair of Portlaoise Credit Union, and Eugene McDonough, who manages Bunclody CU in north Wexford, were amongst more than half a dozen Irish Credit Union representatives in a 20 strong party who travelled to the African country with Irish charity Gorta-Self Help Africa.

Gorta Self Help Africa has been developing a micro-finance programme in rural Ethiopia for the past fifteen years, and has been supported in this work by the Irish Credit Unions Foundation for over a decade.

During their field trip Clive Davis and Eugene McDonough met a number of women’s rural savings and credit cooperative groups whose members have been supported with small loans to start small enterprises, and heard how loans of as little as €70 were enabling members to set up valuable income generating businesses.

Drawing upon the experiences of credit unions at home, ILCUF has provided staff training, mentoring and funding support that has allowed Gorta-Self Help Africa to establish more than 250 primary savings and credit coops, and develop a member-run cooperative union structure to oversee their operation.

Amongst the other Credit Union representatives in the travelling party was Offaly man Alan Moore, who is the manager of the Irish League of Credit Unions Foundation.

Gorta-Self Help Africa was established in Summer 2014 as a result of a merger of Gorta and Self Help Africa, two Irish agricultural development organisations working in sub-Saharan Africa.