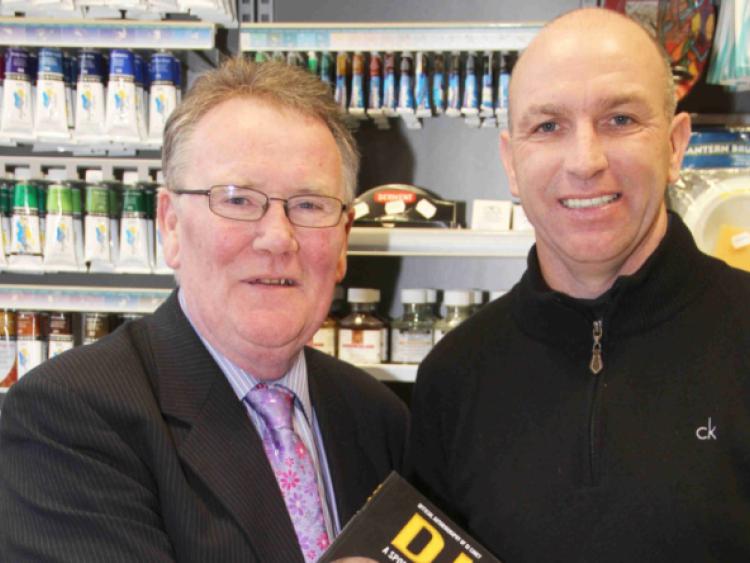 John McNamee lived for books, and lived for his family, according to friends who paid tributes following his sudden death last Sunday January 3.

John McNamee lived for books, and lived for his family, according to friends who paid tributes following his sudden death last Sunday January 3.

“I am absolutely distraught, I had coffee with him every single morning, he was always joking, there was never a dull moment. He was a good guy for everyone, the town is at a huge loss,” he said.

Mr McNamee had planned to fly to the Cayman Islands this month to visit his son, daughter-in-law and beloved granddaughter Sophie.

Laois historian and writer Dr Jack Carter was a friend and colleague, having had several books published and launched by John.

“I will miss him terribly. We would go for coffee every week to the Pantry. He would always have something positive and constructive to say. As a publisher he was helpful and supportive, bringing you with him rather than being bombastic with his ideas. His place was a haven for book lovers, and John would always go out of his way to help find an obscure book. He was a good friend to me and to the town. His contribution to the book world was enormous, in Ireland and in Europe. After his family, books were his life,” said Dr Carter.

She also recalled his kindness to every customer.

“It didn’t matter if it was a young child with a voucher from Bookweek, up to ordering books and encouraging people to try new titles, he had a great knowledge and will be greatly missed,” she said.

Downtown Portlaoise Chairperson Margaret O’Sullivan said it was “a total shock to the community”.

“John was a very active member, one of our longest serving, and a very good businessman to Portlaoise. We are devastated, and saddened for his family,” she said.

“He cared about Portlaoise and his community, and contributed to it greatly over the years, he will be sadly missed as a trader, and for his advice on books,” he said, offering his condolences to the family.

“Portlaoise too has lost a great friend. John was a passionate bookseller and an astute and hardworking businessman,” he said.

Eason and Son Ltd have also expressed their condolences to the McNamee family.

‘‘John was a good friend to Eason and passionate about the book industry. He will be missed by all. Our sympathies go to his wife Betty and to his children Eoin and Mary.”

John McNamee won the O’Brien bookseller award in 2000 and organised the 2004 European Booksellers conference in Ireland. He also won a Leinster Express award.

He was president of the European Booksellers Federation from 2005 to 2014, the first Irish person in the post.

Director of the European and International Booksellers Federation is Françoise Dubruille.

“John McNamee led with passion, energy, and infectious commitment. He is a great loss to our industry. I shall miss him not only as a valued colleague but as a dear friend,” he said.