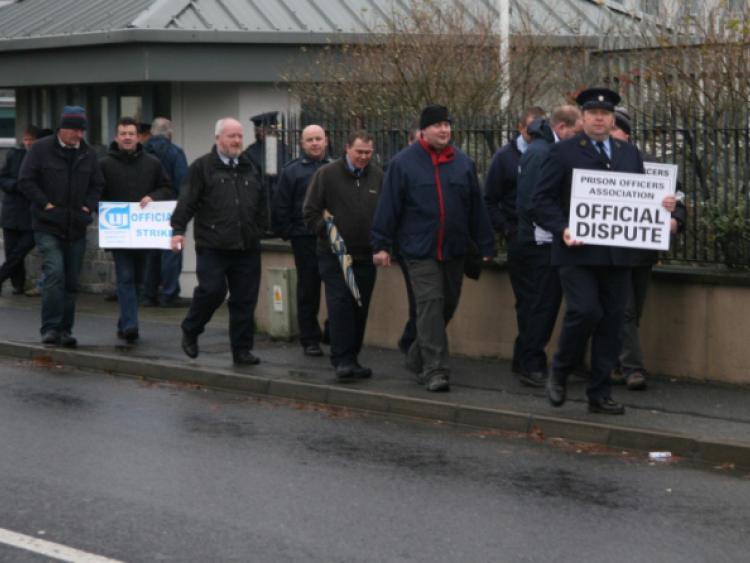 Prison Officers have shelved plans for ‘work to rule’ industrial action, as they enter into talks through the Labour Relations Commission (LRC), later this week.

Prison Officers have shelved plans for ‘work to rule’ industrial action, as they enter into talks through the Labour Relations Commission (LRC), later this week.

Over 2,000 prison officers voted last Wednesday, with 93% balloting in favour of a ‘work to rule’ from March 26.

However, the Prison Officers Association (POA) has postponed their plans industrial action when they were informally invited by the LRC to enter into discussions with the Prison Service representatives.

“We will enter into talks with the LRC this Thursday (March 19). We have put aside our plans for industrial action as we start the talks with a view to try and resolve things,” John Clinton, General Secretary of the POA said.

He explained that the prison officers want to be able to resolve any problems that arise without ending up in confrontation with management.

“We just want normal industrial relations in our prisons. We want to work through and resolve our problems and not end up in confrontation with the management.

Prior to their ballot, the POA met with the Minister for Justice, Frances Fitzgerald.

Mr Clinton explains: “We raised our concerns about the safety of officers with the Minister and she committed to engaging with our association.

“She also committed to including the association on the joint working group for prison escorts and on the incentive regime group.”

“While the meeting with the Minister was positive, we had nothing concrete coming out of it and decided to go ahead with our vote,” the prison officers representative said.

They will also meet with the Director General of the Prison services later this month regarding the stabbing of two prison officers on escort duty in Tallaght Hospital, last month.

Mr Clinton said that the three injured Midlands prison officers have a long recovery ahead .

“All three have a long recovery ahead. Broken bones take time to heal.

“The prison officer that was stabbed will have a number of tests to make sure he didn’t pick up anything when he was stabbed. He won’t have the results of those tests for a number of months,” said Mr Clinton.