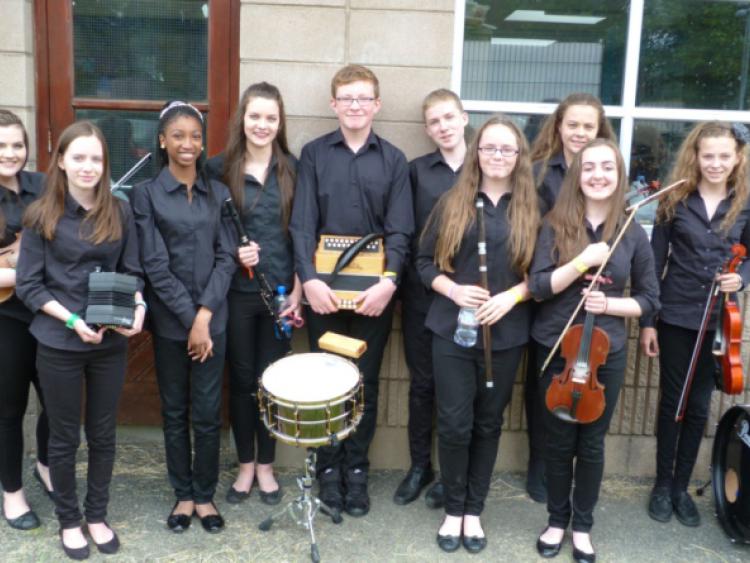 Portarlington Comhaltas is looking forward a great weekend in Sligo at the 2015 Fleadh Cheoil after a big weekend at the Leinster Fleadh in Maynooth recently.

Portarlington Comhaltas is looking forward a great weekend in Sligo at the 2015 Fleadh Cheoil after a big weekend at the Leinster Fleadh in Maynooth recently.

There were great performance all around at the Leinster Fleadh and the branch produced a record number of qualifiers for the All Ireland.

The Roscarrig Ceili Band was up against mighty competitors in the u/15 ceili band competition and was unlucky to be placed on this outing.

In the under 18 solo competitions, Sean Faherty secured a 2nd place in ceili drumming & 3rd place (recommended) in miscellaneous. His sister Clare won the u/18 Melodeon, 2nd in Accompaniment and 3rd u/18 Piano (Recommended).

Diarmuid Faherty excelled in all his competitions, winning 1st place in u/15 Button accordion, 1st u/15 Melodeon, 1st u/15 Ceili drumming & 1st u/15 Accompaniment.

Ciara Faherty brought home two 1st place medals when she won both the u/15 Fiddle (Airs) & u/15 Mmiscellaneous competitions.Mary O’Donnell secured a 3rd place medal in the u/18 Fiddle (Airs)

In Comhrá Gaeilge Mary Dunne secured her place at the Al Ireland in the u/18 age group.

Our two u/12 duets Grace Kearney / Fiadh Fitzpatrick & Mary Jo Faherty / Fionn Connolly performed brilliantly and were unlucky not to be among the medals. We had one u/15 Trio, Sean O’Neill / Ava Tobin / Ella Kearney who also competed & narrowly missed out on the medals. Our solo performers, Tiernan Morris in u/12 Banjo & Ailish O’Donnell in u/`15 Flute & Flute airs, Fionn Connolly, Button accordion & James O’Mahony u/12 Fiddle gave a good account of themselves on the day.

Well done to all the competitors who competed over the two days and the branch is very proud of each and every one of you.

There will be 22 Port Comhaltas members in Sligo making it their biggest entry ever. Best of luck to all,=.