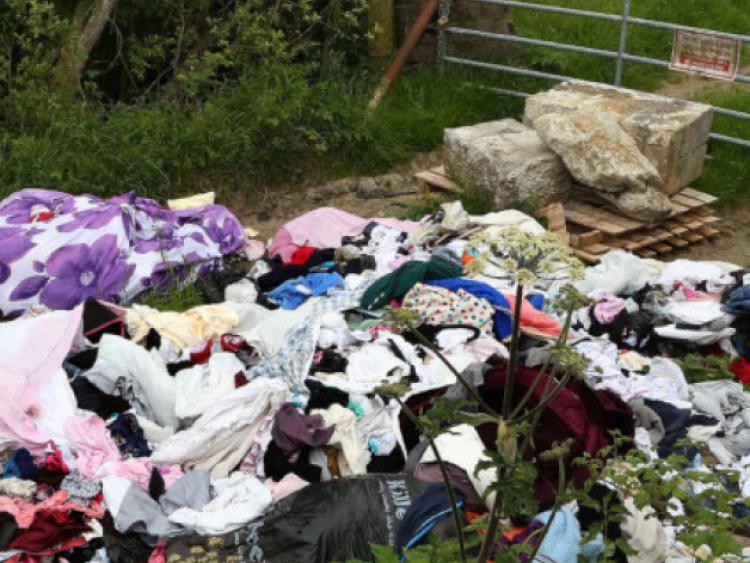 Laois County Councillors want litterbugs to be named and shamed and for the litter fines to be increased to a minimum of €500.

Laois County Councillors want litterbugs to be named and shamed and for the litter fines to be increased to a minimum of €500.

Cllr John Joe Fennelly said the dumping culprits should be publicly named and shamed. He also suggested that the ‘on the spot’ litter fine should be increased from €150 upto €500 or €1,000.

At last week’s Council meeting, Cllr Willie Aird said the litter problem was only getting worse.

“All that’s being done and it’s only getting worse. I thought at this stage we would be seeing an improvement.

“If you look over the railway line, you would think that lorries had been tipping rubbish over the bridge. I’m looking forward to some suggestion on how to deal with this problem coming from the SPC,” Cllr Aird said.

“Over the May Bank Holiday in Ballybrittas someone was caught red handed dumping illegaly. By the time the council offices opened on Tuesday morning, he had cleaned the whole area up so there was no evidence by the time the litter warden got out.”

Director of Services, Kieran Kehoe said the council were restricted on naming and shaming due to the data protection law.

“Most of the stuff that is dumped is recycable but we need to be more vigilant and report any instance of illegal dumping so we can see if it can be traced back,” he said