Action called for on ‘deadly’ busy Laois to Offaly junction 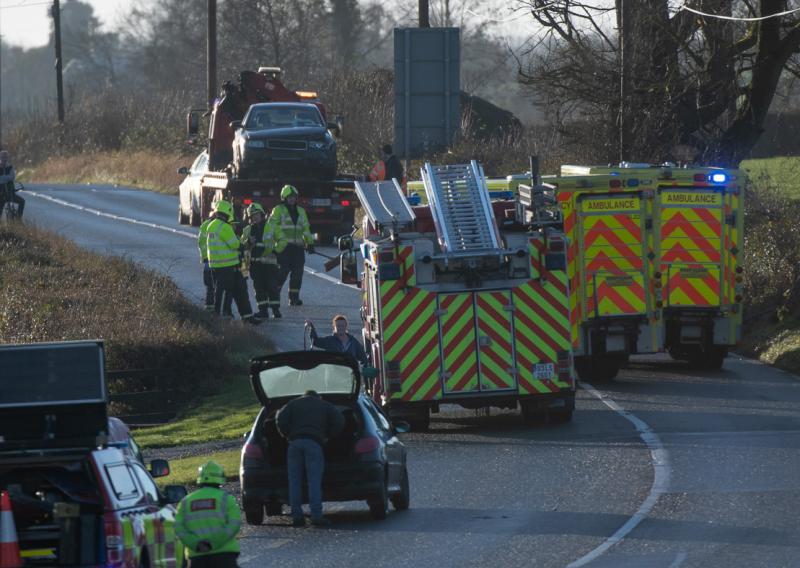 Safety work in the shape of a new turning lane is needed at the ‘deadly’ Mountmellick junction on the Portlaoise to Tullamore N80.

Cllr Paddy Bracken, Fianna Fáil, made the plea to Laois County Council to take action at Derrycloney as part of an upcoming multi-million Euro investment in the road.

He tabled a motion at a meeting in County Hall calling on Laois County Council to upgrade and provide a right turning lane on the N80 at the Derrycloney Junction.

“That junction is deadly,” he declared.

Apart from the traffic through and into Mountmellick on the N80 he said a lot of cars and trucks turn at the junction to go to Ballyfin or use a back route around the town.

Cllr Bracken said extensive resurfacing is in the pipeline for the N80 and he hoped that the junction would be part of this.

Mr Farhan Nasiem, A/Senior Executive Engineer, replied in writing with news that work is under consideration.

“Road Design Office has engaged with Transport Infrastructure Ireland to implement Safety measures at this location. Topographical survey will be carried out and design options will be submitted to TII for approval,” he said.

Cllr Bracken welcomed the reply expressing the hope the money would support the safety work.

The N80 between Portlaoise and Mountmellick has been the scene of sever accidents in near misses with the Derrycloney junction. Laois County County Council's CEO John Mulholland is among those who has called for action.

"For a national secondary route, it’s very deficient in every respect," the CEO said at a Laois Joint Policing Committee meeting in 2021.

A €2.3 million investment under the route was given the green light by Minister Eamon Ryan at the end of last year.

Opponents of Laois 'Bog Superdump' to meet this week