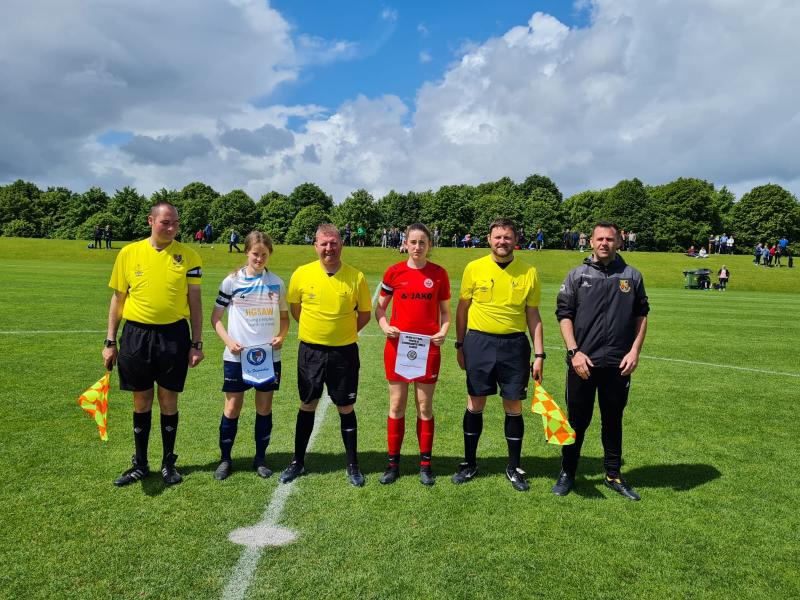 Laois players were to the fore for the Midlands team that has qualified for the prestigious Gaynor Cup National Final following a thrilling win over Sligo/Leitrim in University of Limerick.

The game on Friday, June 10 started badly for Midlands when they conceded a goal within the first two minutes.

However, the Midlands side captained by Emily Flynn from Portlaoise, gradually got a footing in the game and were level when Ava Shine fed a great ball in from the wing to set up substitute Fran O'Reilly for a goal as she raced through the middle.

Midlands began to control things after that and they took the lead within five minutes. Katie Glynn won a free just outside the box and she sent a great long range effort all the way to the roof of the net to put her side in front.

That set them on their way, and they outclassed their opponents for long periods of the game

As the game edged towards half-time, Midlands were two in front when Glynn scored arguably the pick of the goals. She won possession and drove a great effort to the bottom corner to put her side two goals in front.

Conditions took a turn for the worse in the second half, with Midlands facing into a strong wind and showers.

A brilliant block from Niamh Dundon when Sligo/Letrim looked likely to score, kept Midlands in command early on as Sligo/Leitrim tried to get back into the game.

The lead for Midlands was further stretched with 13 minutes left to play when Katie Glynn completed her hat-trick with another great free-kick from the left hand side, well outside the box.

Sligo/Leitrim continued to press but found the back four of Kayla Lawlor, Emily Flynn, Niamh Dundon and Sally Morgan almost impossible to break down.

However, a free on the edge of the box three minutes from time for Sligo/Leitrim was eventually worked into the box and eventually finished to the net, to set up a nervy final few minutes.

Midlands were not be caught though, and now await the winners of the later semi-final between MGL South and Limerick Desmond before Saturday's showcase final in UL.

Overall this was probably the best performance the Midlands put in over the four days of the national competition, against a highly-fancied Sligo/Leitrim side.

Katie Glynn was impressive in midfield while Ava Shine provided an excellent outlet for attack, with Ciara Breslin also having her moments, despite less of a supply to her side.

All the defence were very effective while Emma Francis helped to short things up in the second half as they saw out the game.

All the midfielders had their moments in an all-round impressive team performance. Midlands team BELOW LINK.