Councillors want some sort of audit 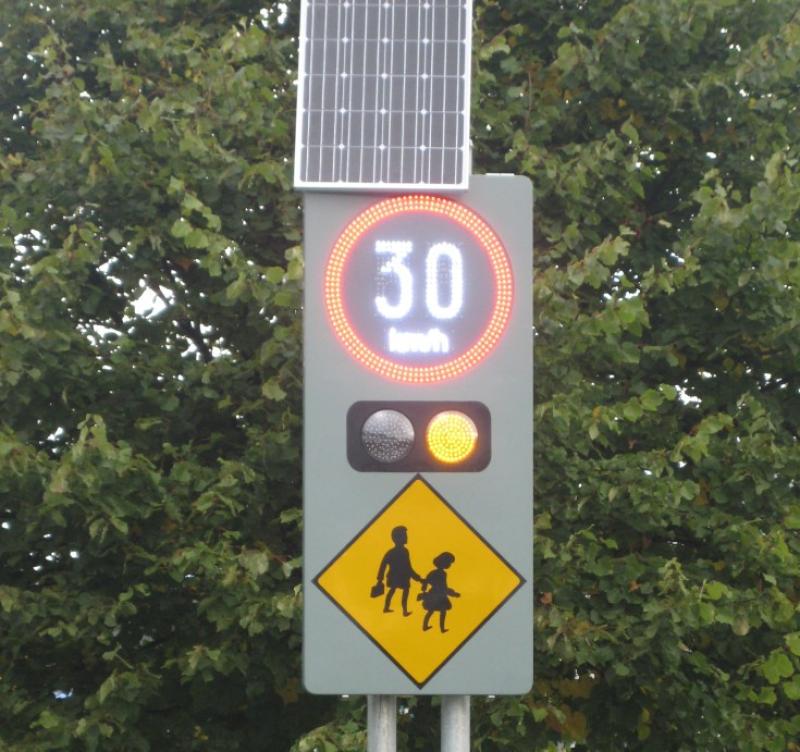 Batteries have been stolen from flashing lights at schools to slow cars and trucks to improve safety for children according to Laois public representatives who want a proactive system to ensuring repairs are carried out promptly at the county's schools.

So it emerged at the recent meeting of Laois County Councillors and officials where Cllr  James Kelly, Independent, also called for an initiative in Laois to check the performance of safety lights at schools

He called on Laois County Council as a matter of urgency to repair the flashing warning signs at both the Pike of Rushall and St. Fintan’s Boys National Schools in line with the Road Safety Authorities road safety guidelines.

Cllr Kelly said the Pike school is located on a road used by many heavy goods vehicles in the forestry sector operating in the Slieve Blooms. He said the New Line road where St Fintan’s is located is also busy.

“I have noticed that a lot of the signs are older…the batteries might be at their end of use and they systems at schools need to be checked,” he said.

Cllr Kelly proposed that Laois County Council write to schools asking if the lights were operational. He added that theft has been an issue.

“I recall a few years back that these batteries were stolen from the signs,” he said.

He suggested that the road section in the council carry out checks similar to the fashion in which public lights are checked.

Cllr King said lights can often be out of order for months before action is taken.

Cllr Paddy Bracken, Fianna Fáil, suggested that schools be given a number in county hall to notify staff that lights are broken.

Mr. Farhan Nasiem, Acting Senior Executive Engineer, said the repair works of the signs at the Pike of Rushall have been identified to maintenance contractor and will be repaired.