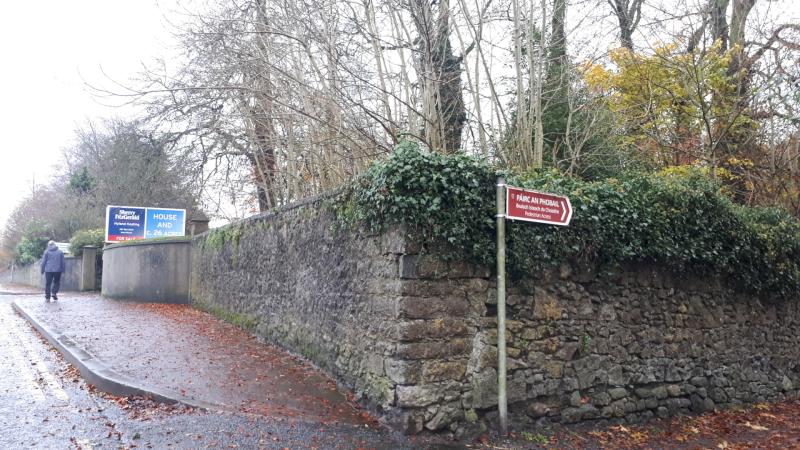 Complex issues around building and financing new social and affordable homes on council land in Portlaoise mean it will be years before construction can start.

Laois County Council has estimated that it will be at least 2025 before shovels hit the soil in Tyrrells Land, a full six years since they bought it.

However one of their housing aims will eventually give relief to some 'squeezed middle' workers.

The council wants to supply some of the homes under the Cost Rental scheme, which would be rented at a 25% discount to households earning under €53,000.

An update was supplied to the June meeting of Portlaoise Municipal District, after Cllr Thomasina Connell tabled a motion seeking one.

Angela McEvoy Director of Services, estimates that it will be "2025 onwards".

She said that the rent rate in Portlaoise is under consideration with national advice sought on how to overcome issues.

"The housing section has been progressing this site with the commissioning of the Housing Agency to provide technical assistance with the tendering of a design team and Stage 1 submission to the Department for the housing element of the site.

"The design options however are fundamental to indicating how the different tenures of housing can integrate and work together on the site. Cost rental tenure is being explored with the Housing Finance Agency to ascertain how this can be worked through give the current levels of rent being experienced in Portlaoise. Once a design team has been appointed and options have been developed, consultation with the MD members will be progressed.

"It is anticipated that development on this site will not happen until 2025 onwards given the design, planning and financial approval stages that have to be overcome," the Director said.

The 26 acre parkland site off the N80 Stradbally Road was bought by Laois County Council for €1.4 million in 2019.

Only a small section of the land is zoned for housing on the part nearest the Stradbally road. Much of the land is designated as parkland for leisure and nature use.

The council first revealed plans to build 87 high density homes, in blocks up to five storeys tall, as well as some terraced town houses town houses.  The plans went on public display last autumn, but councillors opposed all four and five storey blocks and urged a redesign. 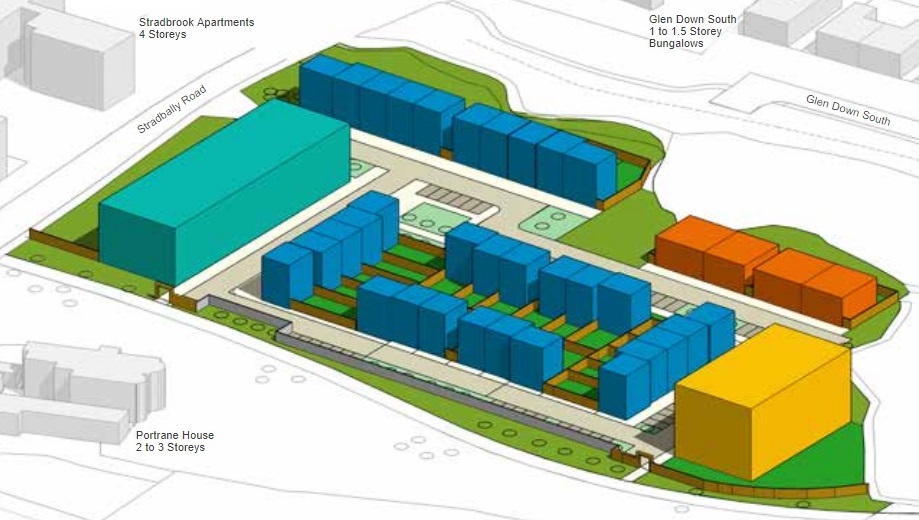 "It was important to let the public know where this is at. We saw the potential designs last summer, this is a bit disappointing. It has gone back to consultants to get finance from the Department of Housing. I have been vocal is wanted a mix of different tenures including affordable housing to ensure we build a thriving community in Portlaoise.

"It is wonderful that the council bought this, it is important we make the most of it. 2025 is disappointing but I think Angela is being realistic. I know there is a query on whether cost rental would work in Portlaoise," she said.

"This could be one of the jewels in Portlaoise's crown. It's a pity we can't advance it more than that. Glendowns residents also have concerns," he said.

Cllr Caroline Dwane Stanley said that she had requested a mix also of cost rental, affordable to purchase and social homes.

"I was at a meeting recently with Clúid. One thing that came out of it is their concern at the rollout of cost rental outside Dublin. They take the full hit of the build. It is not feasible outside Dublin. Government policy needs to have a look at that. It will be three years before we get any sort of development on that site. The President of Ireland has been completely critical of the policy regarding houses. It's a fact that local authorities pulled back for years from building their own houses. Clúid say clearly that they don't see cost rental being a runner," she said.