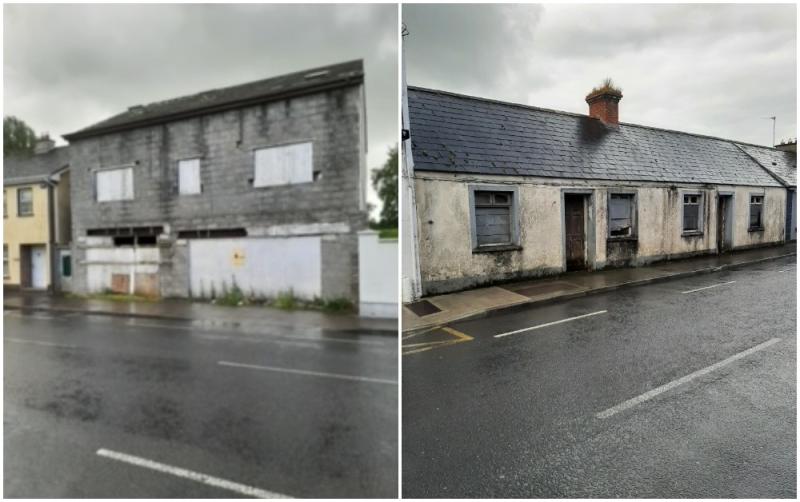 It heard council officials should visit areas so councillors can point out vacant buildings and update the Derelict Sites Register.

The issue was raised by Cllr Aidan Mullins at the Graiguecullen Portarlington Municipal District meeting. He said: “The derelict sites register to me is not accurate, is not up to date and does not reflect the state of dereliction of a lot of properties in the town.”

He had placed a motion asking that: “That Laois County Council place three houses on Bracklone Street in Portarlington on the Derelict Sites Register and request the owners to address their derelict state.”

Reading the council’s response by Assistant Senior Planner David O’Hara, Senior Executive Engineer Philip McVeigh said: In relation to the two single storey properties, we have been notified of a change of ownership.  On receipt of the details, the matter will be pursued.”

"I look at Portarlington, there’s only a few mentioned on it and two of them I have seen they’re not nearly as bad as these buildings," he said.

"It is only when I bring them up in a notice of motion that they are going to put them on a derelict sites register. To  me this should have happened years ago," said Cllr Mullins.

"This whole area of dereliction could do with more focus because there are more properties that should be on the list and until they are on the list, the council won’t see that there is action required, whether it’s Portarlington on Stradbally or wherever it is," he remarked.

"The one(Derelict Sites Register) I have here there is only about ten or twelve buildings mentioned the whole side of the county and we just know that that’s not correct," he added.

Cllr Paschal McEvoy agreed with his colleague and asked if it was possible that a council official could meet him in Stradbally so he could point out the derelict properties. “I could point out what I think is a derelict site because there are a number of them in it,” he remarked.

Cllr Mullins said that there are just two derelict sites mentioned on the register in Stradbally, “one on Main Street and the second is the presentation convent.”

Cllr Padraig Fleming expressed his belief that it was a very good idea to help identify them everywhere.

Supporting the idea, Cllr Ben Brennan said “we should be able to pick them out ourselves.”

Cllr Aisling Moran described it as “absolutely scandalous” that there were only a few sites on the register. “We should be allowed to go around with each of them and point out the buildings that have been pointed out to us because they are not being followed up at all,” she said.